Who’s up for a board game? 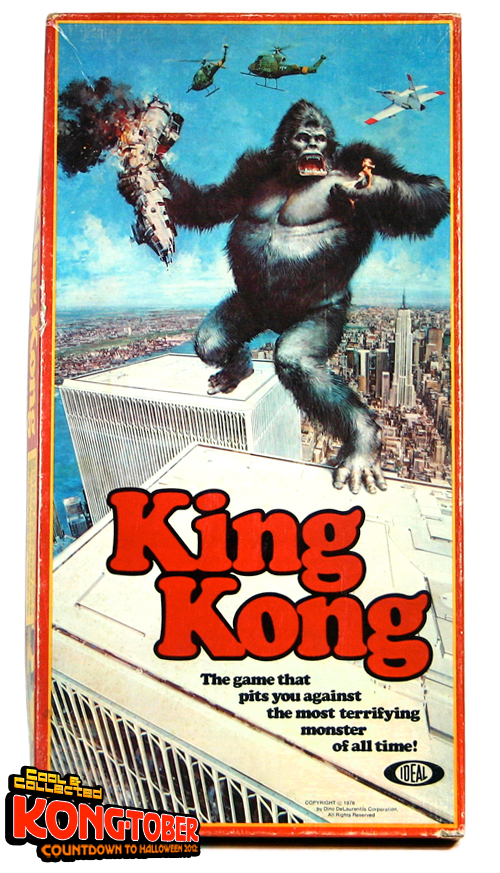 This is the King Kong board game released by Ideal in 1976. It’s “The game that pits you against the most terrifying monster of all time!” I think I would have preferred playing as Kong rather than the people fighting him, but what are you gonna do? 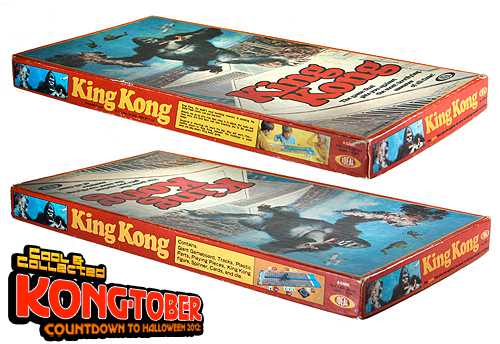 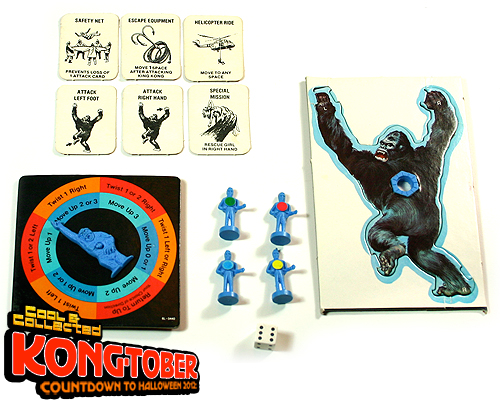 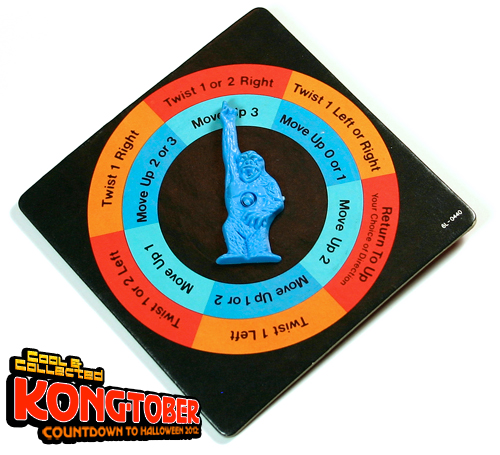 This has to be the best spinner ever included in a board game! 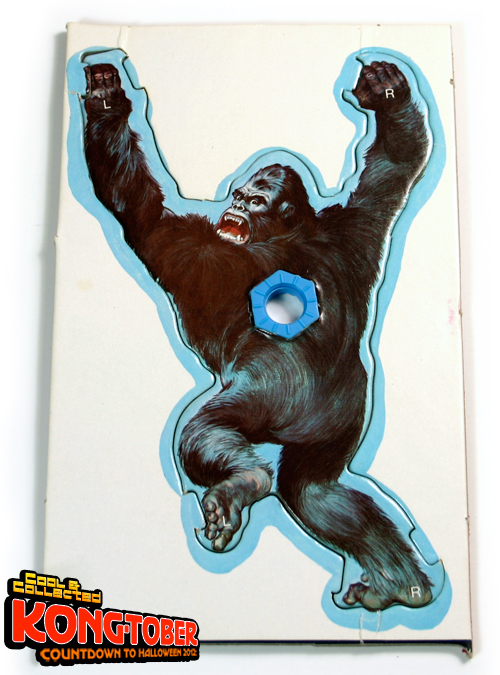 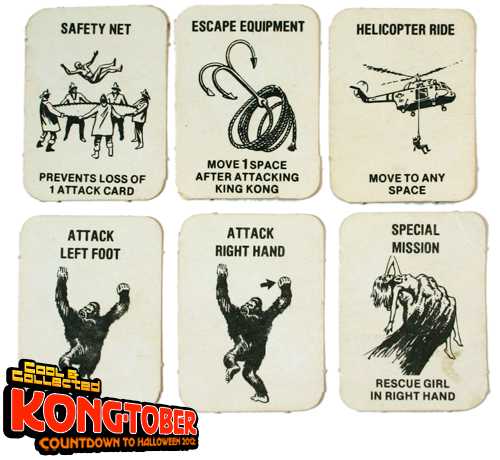 The game includes a deck of cards with these images, but there is only one Special Mission card.

After 9/11 King Kong items, such as this game, saw a spike in values due to their featuring the World Trade Center towers. Personally, I try to mentally disassociate that tragic day from the 1976 movie, but items like this make that a difficult feat.