Want to know who’s getting all the ladies on Halloween night? This guy… 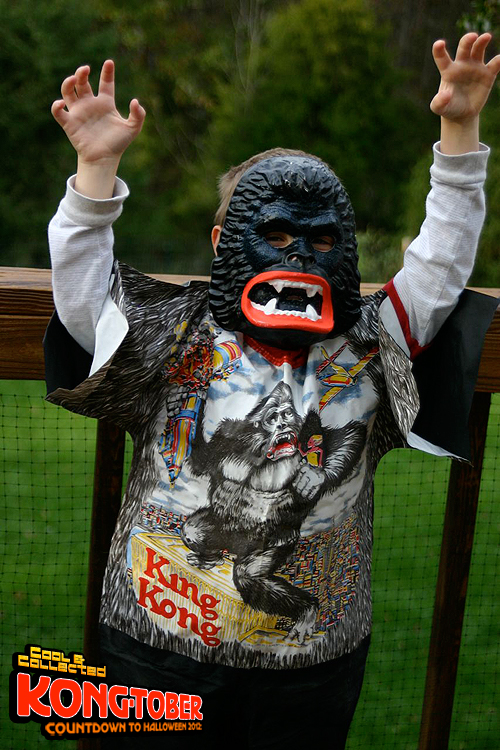 Nothing screams Halloween like a good old fashioned Ben Cooper costume! In 1976, all the cool kids could dress up as the greatest movie monster that ever lived — King Kong! This is an officially licensed costume that promoted the Dino De Laurentiis hit movie. 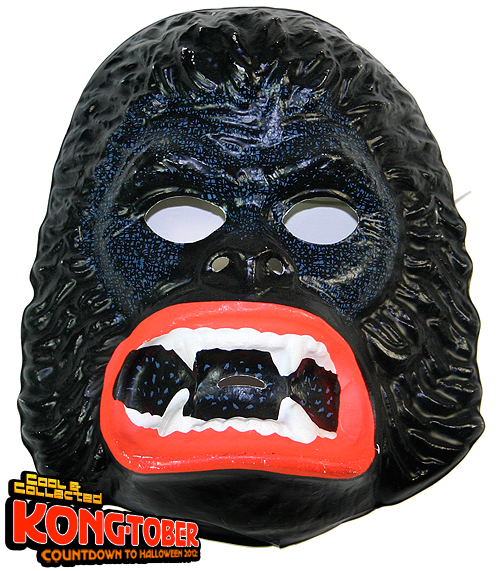 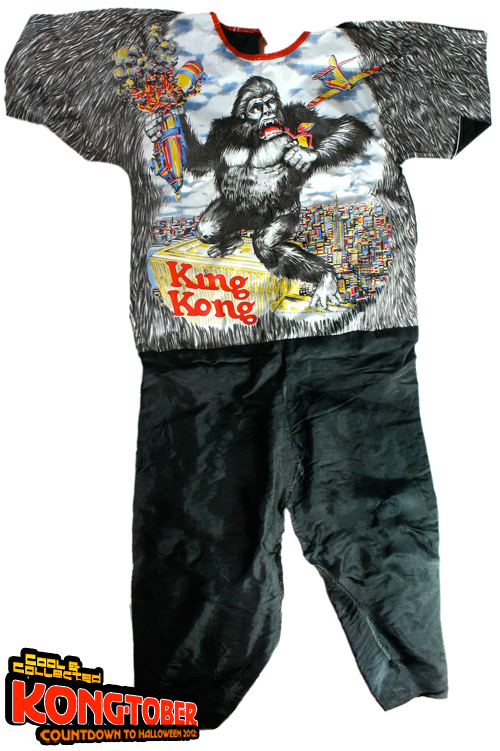 The costume itself is a one-piece suit with an opening on the back. There are vinyl strips that you tie behind your neck to keep the costume from falling down.

You gotta love the fur suit! 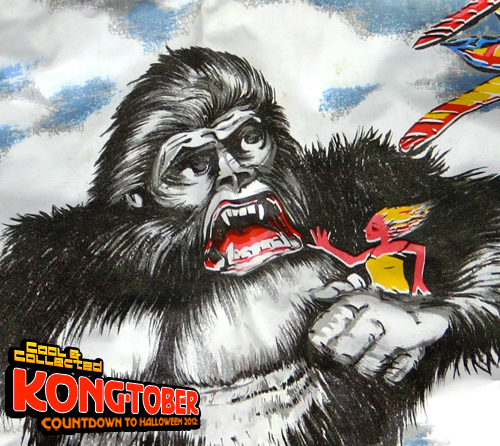 Why’s everybody always pickin’ on me? With all the effort put into the drawing, the female figure is a bit lacking–and is Kong hugging her rather than grasping her in his hand?

Sadly, I don’t have the box for this costume, which is a shame because the artwork on it is crazy!