Remember the days when every kid at school had a metal lunchbox? The cool kids were lugging this one around…

This King Kong lunchbox by Thermos was released in 1977 to coincide with the media blitz that accompanied the release of the movie. They sure got their money’s worth with the John Berkey artwork, as it appears on all sorts of merchandise. 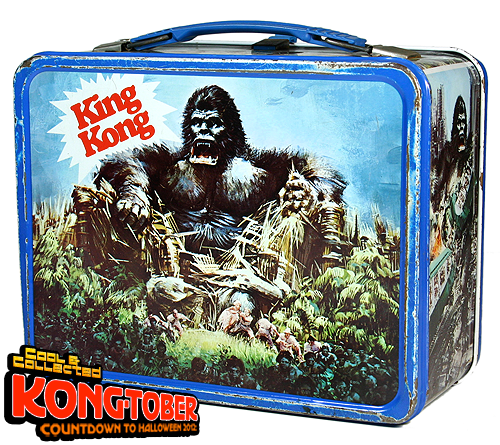 This image of Kong on Skull Island was used on some of the movie posters, but it’s nowhere near as iconic as the art of Kong straddling the twin towers. 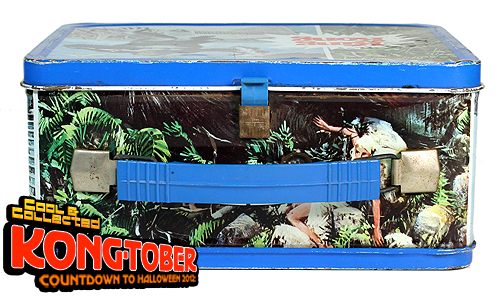 Apparently, the artist, John Berkey, painted several versions of King Kong, but the art department wanted to make sure that the ape looked the same in all instances, so they literally cut and pasted the twin tower face onto the other paintings, like the one of Kong in the jungle and this one of Kong grabbing a subway train. 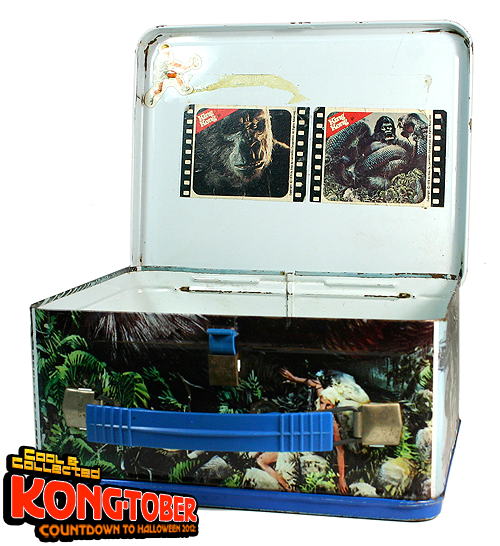 This lunchbox is one of the newer additions to my collection. These are pretty common and can be bought for as low as $20 in good shape, but when I saw this one with the stickers inside, I knew I had to have it. The box might not be in the best shape, but the thought of a kid in the cafeteria opening this up every lunch hour just brings a smile to my face.