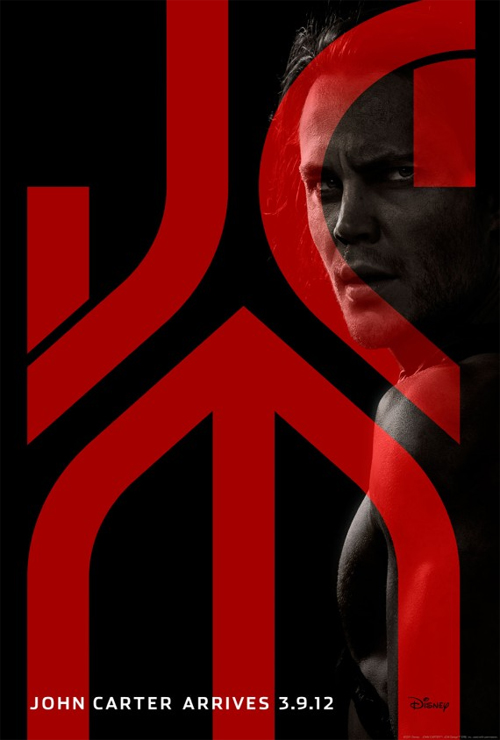 This is the first poster released for Disney’s John Carter, based on Edgar Rice Burroughs’ John Carter of Mars series. Much like the new Conan movie, this is one I have really high hopes for, being a big fan of the books. While this poster doesn’t really do much for me, I do think the logo is pretty cool. I wonder about the “M” though, since the last I heard, the movie was officially titled “John Carter” having dropped the “of Mars.”