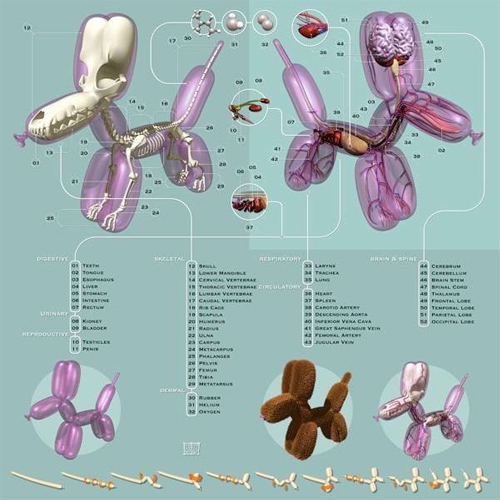 After Jason created that balloon animal illustration, there was no stopping him. He has created plenty of wonderul illustrations, but his anatomical subjects tend to garner the most praise among the bloggers and twitterati. His subjects include LEGO minifigs, Gummi Bears, Qees, and Domos, to name a few. The detail in these renderings is fantastic and, according to Jason, they are anatomically correct — but who can really doubt him? Here is a sample of some of his anatomical pop culture illustrations… 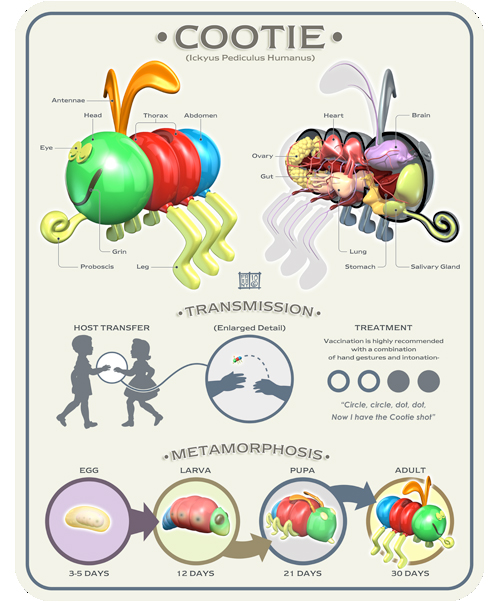 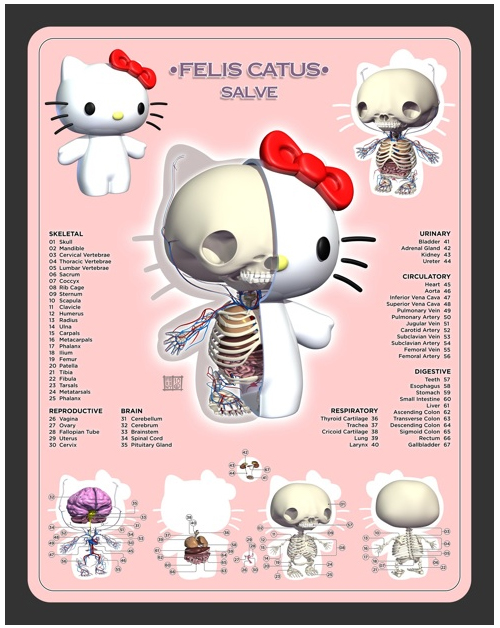 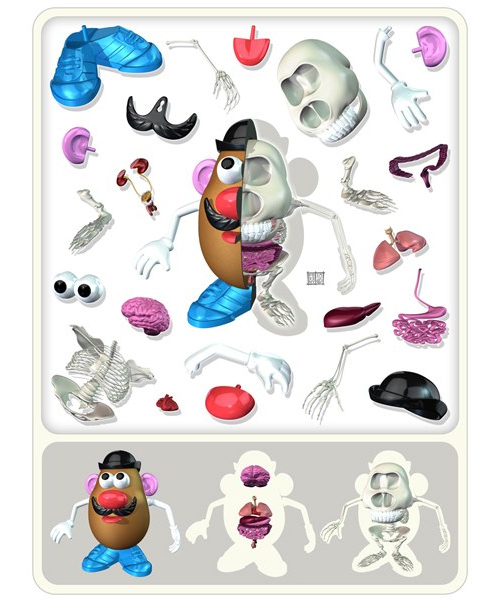 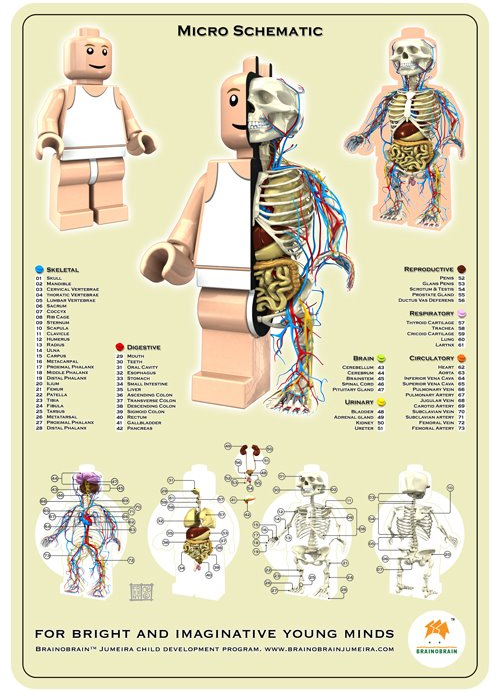 Jason took his anatomical goodness a step further, and brought them into the third dimension. He takes a mass-produced vinyl toy, slices it open like a surgeon, and this is what he finds… 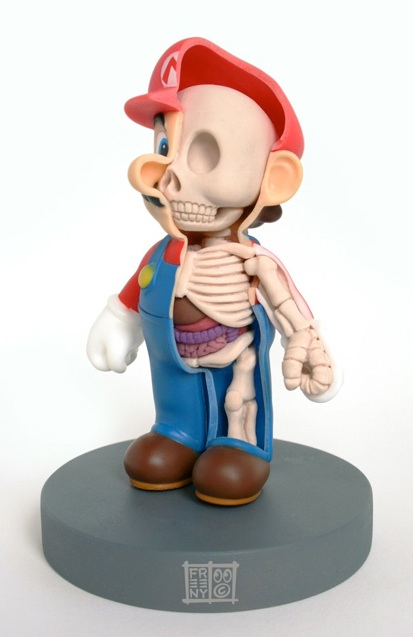 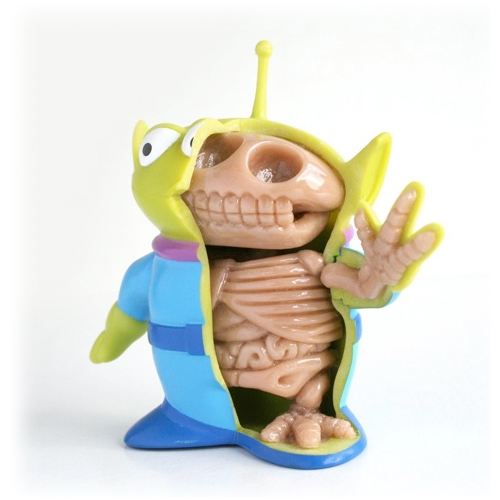 Actually, what he finds is a hollow cavity, but he fills that cavity with intestines, bones, and spleens (actually, I don’t know if there really is a spleen in there, I just love that word). Jason, you can cut up my toys anytime.

I’ve been seeing Jason’s work on various blogs and messages in my inbox for a while, but when this cheerful fellow came to my attention, I was doing round house kicks: 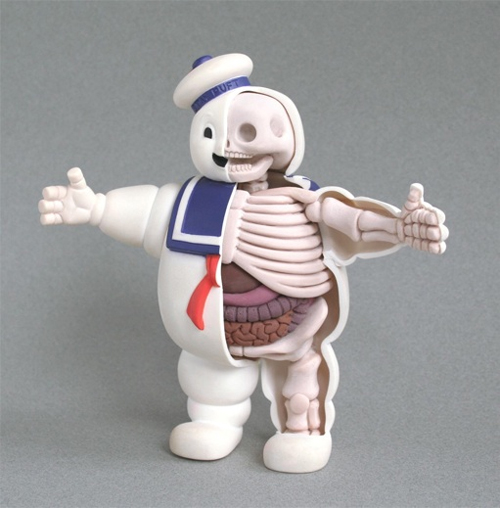 It’s an original 1984  Stay Puft marshmallow man from the Ghostbusters movie. How awesome is that? I have that toy on my shelf, and if I thought it had those innards, I would be reaching for the X-Acto knife. This little guy just sold on eBay

for a whopping $760.00! This really is a one-of-a-kind piece of original art that could be featured in a museum, so kudos to the lucky buyer. (If you’re out there, I want to know how you’re going to display it.)

I know almost nothing about vinyl toys, but I do know that collectors can be ravenous for customs like this. When an artist creates “toys” based on pop culture icons, he broadens his market base substantially. Consider me a new fan, and now I think I’ll explore a bit to see who else is creating pop culture goodies like this. Anyone know where I should start looking?

Jason has a ton of great images up on his web site where you can buy some of his prints and toys. He also has some pretty sweet freebies you can download. I can not wait to see what he comes up with next.

All images reproduced with permission.