Iron Man made his comic book debut in Tales of Suspense #39 in 1963 (check out the amazing Jack Kirby cover). In 1968, he got his own comic, “The Invincible Iron Man.”About 20 years ago, I was thumbing through the bargain bin at my favorite comic shop because I was, well, broke. I stumbled upon a copy of the first issue of Iron Man for just a dollar. I was thrilled until I got home and flipped through the pages and saw that some bonehead had cut out an ad for x-ray glasses or some other “treasure.” I still have the comic, even though most of my other comics have found their way to eBay over the years. With the new movie coming out in May, I might just put it up for sale. What’s the markdown in value for a missing ad hat doesn’t affect the story? I guess I’ll find out. Anyone want a cheap copy of a great comic? 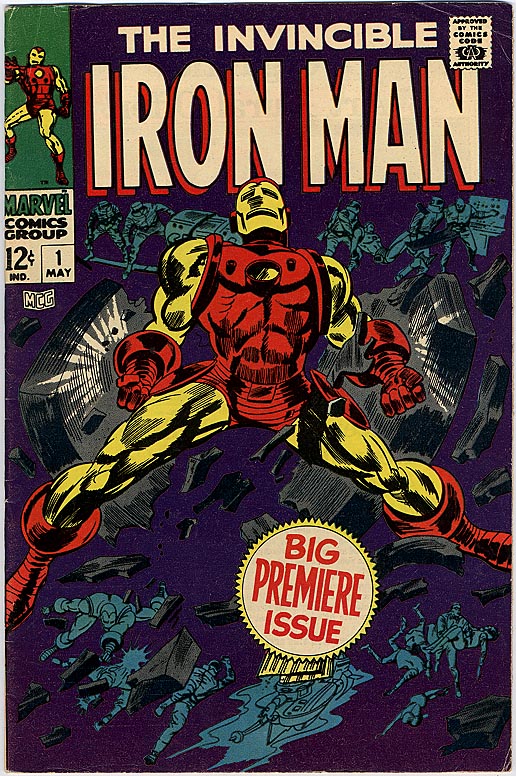