One of my favorite items to collect are vintage space-themed toys and ephemera. Whenever I go to flea markets or antiques stores, I am always on the lookout for spacemen, and here are some that I’ve been able to pick up over the years… 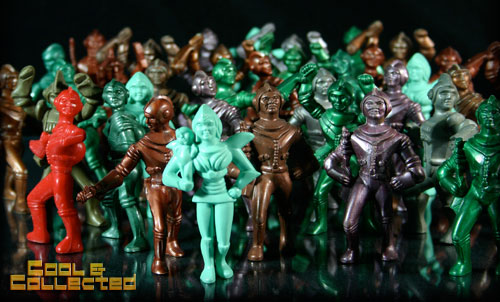 These are commonly referred to as “Archer Spacemen” and are some of the easier figures to find. They are made of a hard plastic and were made by multiple companies from similar molds back in the 50’s, but Archer was the original manufacturer. A company called Glencoe reproduced these figures not too long ago and distinguishing them from the originals is no easy task. Archer Spacemen like these usually sell for around $2-5, which makes them great for building an army! 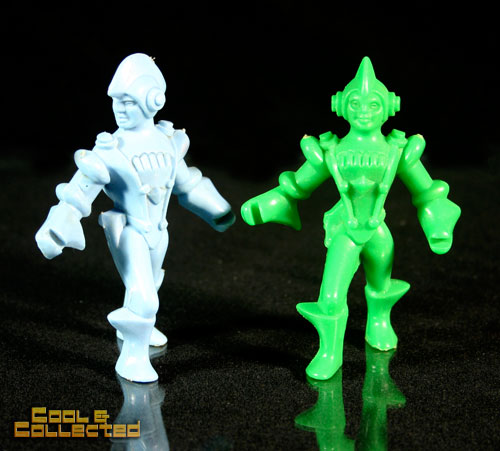 Here are a couple of figures that are similar in size and style to the Archer figures, but they’re not quite the same. The plastic on these is less dense and sort of waxy to the touch. They were probably made by another company that used the Archer molds.

These Ajax figures are more detailed than the Archer figures and were also made by several different companies over the years. I love the expressions on their faces.

Here’s a single-packed Ajax figure in a generic package. These figures have no markings on them so determining who made them and when is difficult. 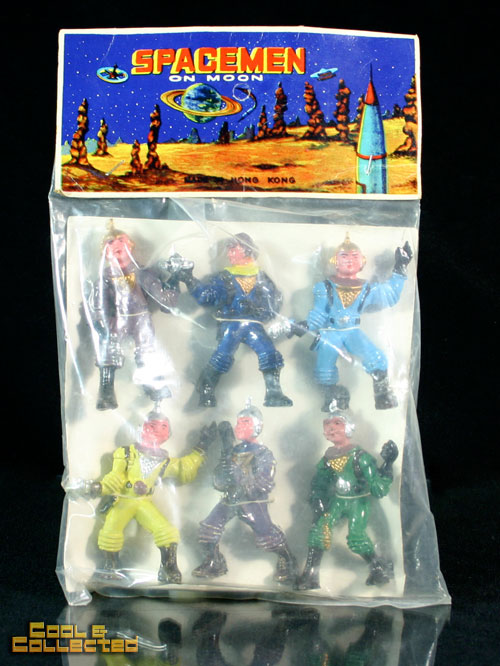 This is a package of the same style of Ajax figures, and these are even garishly painted! I’ve seen similar figures listed on eBay as vintage cake toppers by Wilton, but this package has no markings to that effect. 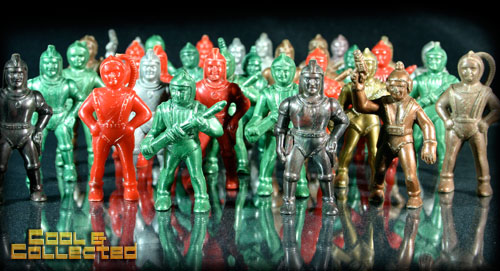 These Premier Flash Gordon figures are also fairly common. They stand a bit shorter than the Archer figures but are made from the same sort of hard plastic that  makes a clinking sound when they bump together. These definitely are not like the old green plastic army figures we used to play with as kids.

Buying these guys is a passive activity for me–when I see them, I buy them, but I don’t really actively pursue them on eBay

(well, not often), but over time, I’ve been able to amass a fairly sizable invading force. Anyone else collecting vintage spacemen? If you know anything about the figures in these photos, I’d love to hear it!