Let me rephrase that headline… If you collect Disney/Pixar Cars toys, I feel sorry for your wallet. I hit the local Target and Toys R Us stores yesterday and was overwhelmed by the volume of Cars 2 merchandise on the shelves. It was Lightning McQueen as far as the eye could see. My cell phone is a relic of the Cold War, but I was able to snap this photo of the Cars toy aisle in Target: 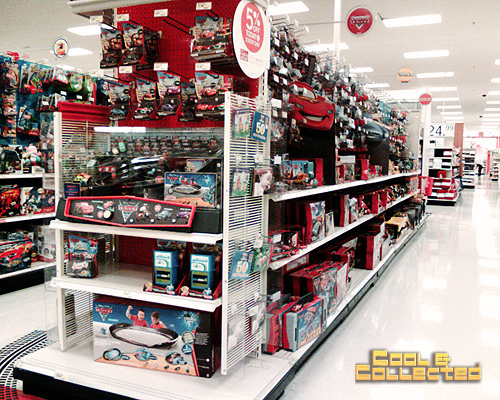 And here’s the end of the aisle display. Not bad! 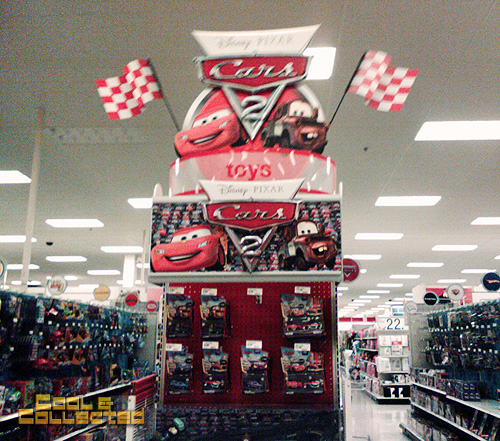 Toys R Us was just as candy apple red: 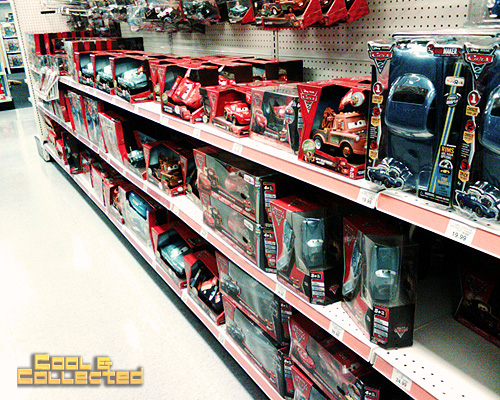 There are plenty of great toys out there promoting the new Cars 2 movie, but my money went to these nifty items, a big tub of pretzel snacks and a limited edition sugar cereal from Kellogg’s. I probably won’t buy any of the toys, but I just can’t resist advertising items like these (plus I was hungry!). 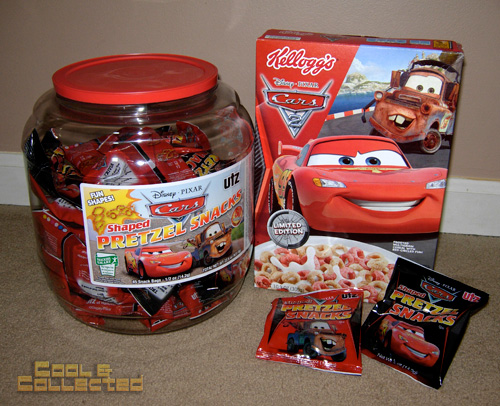 One of the problems I have with this line of merchandise is that all the Lightning McQueens look pretty similar. Only the die hard collector is going to be able to tell you the difference between a lot of the toy cars.

It looks like the sequel has loaded up on new characters so more toys could be made, much like they did with the Toy Story sequels — great for the kids, not so great for the parents on a budget!

Any Cars collectors out there? I’d love to know what the hot items are, and what you think will be the hottest collectible of the future.