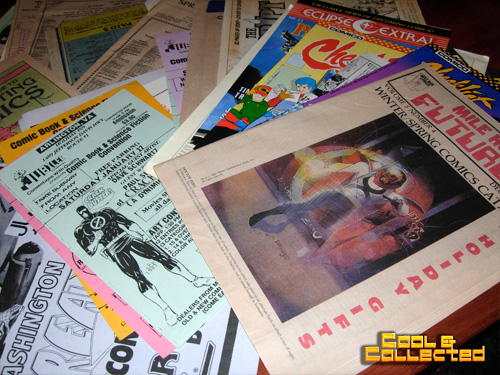 I was going through some boxes the other day and came across a stack of old comic book catalogs and flyers from the mid 80’s — that glorious point in time where my meager allowance went towards comic books. I was amused at how archaic some of the catalogs appear today. You see, (here’s where I speak in an exaggerated middle-aged voice, while pulling up my pants in the front and back á la Chris Farley) when I was a kid, we didn’t have no internets. We had to use a catalog to buy our comics. True fact. 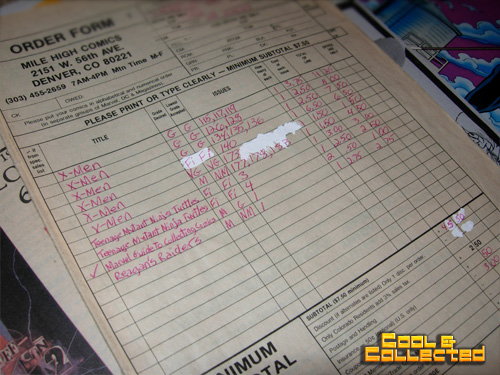 I always loved my X-Men and Teenage Mutant Ninja Turtles. I think I still have that Reagan’s Raiders comic. I miss white out. 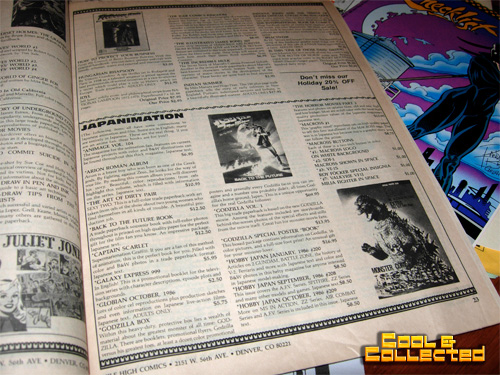 I used to send shiny quarters taped to the insides of  envelopes to get comic book vendors to send me their latest catalog. Many of these were done with a dot-matrix printers on cheap newsprint, clearly not worth a full 25 cents. Some of the bigger establishments, like Mile High Comics used a real printer and sometimes even used color inks. Oooh. 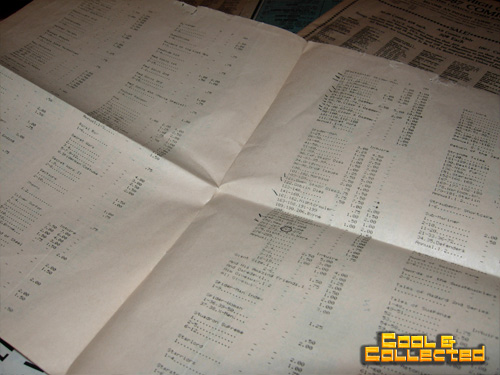 Being too young to drive, I went to as many local conventions as I could, and grabbed everything that was offered for free — a habit I am still guilty of. There are a bunch of the flyers in this batch announcing nothing spectacular and no one very interesting, unfortunately. 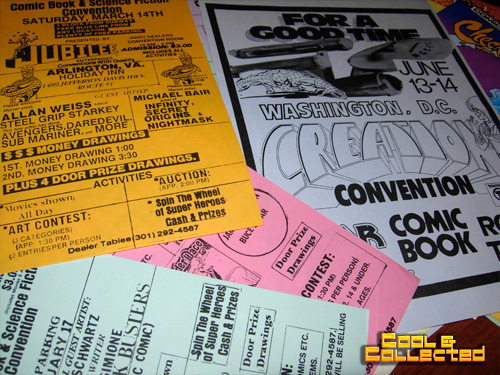 I actually won a comic art competition when I was 15, having directly copied the cover of G.I. Joe #21. The prize was a copy of “How to Draw Comics the Marvel Way.” I think the convention must have kept the artwork because I haven’t seen it since. Bastards. 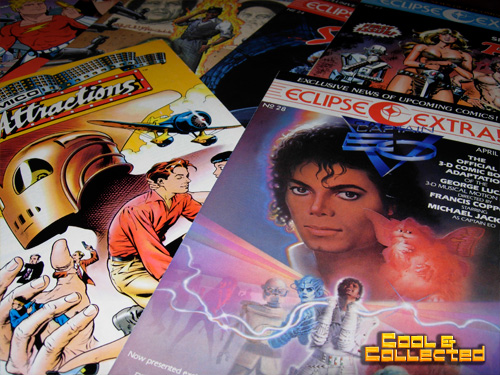 Nowadays, I’m sure comic vendors don’t put out printed catalogs, as everything is done online. Click a few boxes, fill in your address and credit card info and BOOM! Comics at your door the next day. 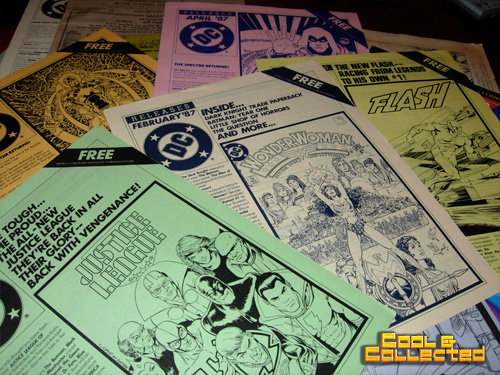 I really have no idea what to do with this stuff, and don’t really want to throw it away. Anyone out there see anything you’d want? It’s yours for the asking.