If you know anything about me, you know that I like old Batman stuff –toys, pinbacks, clocks, radios, you name it! If it has that beautiful black and yellow bat logo on it, I want to add it to my collection.

Hake’s has outdone themself this time.  There are hundreds of pop culture collectibles up for bid in their upcoming auction that are sure to put some stress marks on my wallet. I’ll be showing you a bunch of those items in future posts, but here are some of my favorite vintage Batman items… 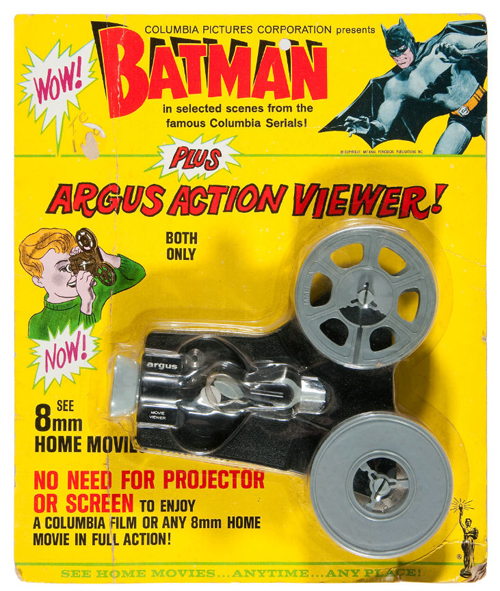 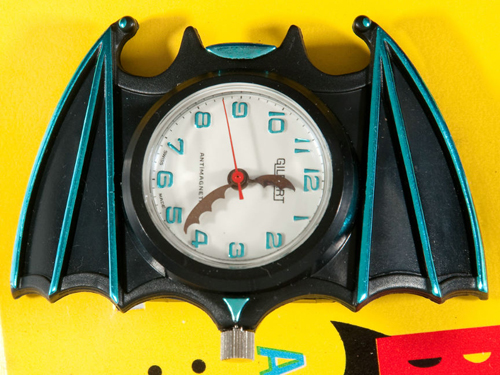 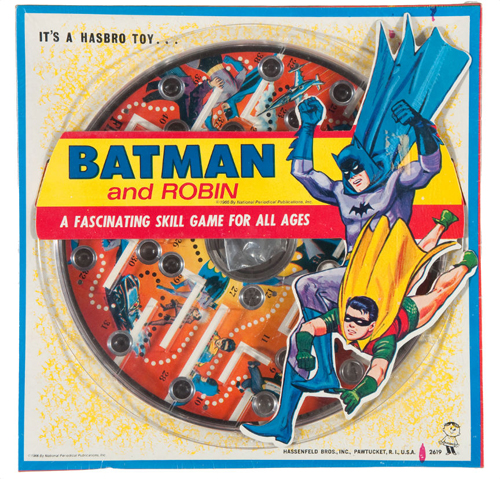 “BATMAN” JAPANESE TIN LITHO POP GUN AND HOLSTER
8” long holster attached to 28” long vinyl-covered canvas belt by Aoshin Shoten. c. 1966. Exclusive to the Japanese market. Holster has “Batman” name and image of Batman and Robin running. Belt has “Batman” comic book title logo and loops for 6 plastic bullets (not included). Aoshin Shoten produced different 1 and 2 gun/holster sets that were sold in display bags with header cards (as shown in “Bat-Manga” book by Pantheon Books). Belt/holster has some dust soiling and oxidation to metal button snaps on the holster reverse side. Fine. Tin litho gun has image of Batman and logo on both sides of grips. Moderate paint wear/aging. Tiny traces if oxidation on barrel top and side that rests against holster. VG. Extremely scarce piece. We sold just a holster in Auction 201 for $977. From the Saul Ferris Collection. 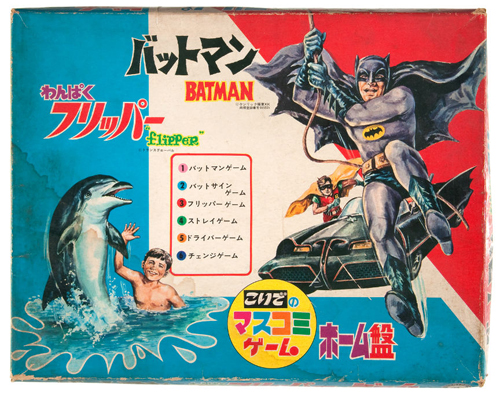 BATMAN AND FLIPPER JAPANESE GAME
1.5x10x13″. By Koide Shinkosha. c. 1966. Exclusive to the Japanese market. Unique combination of Batman and Flipper. Has three separate playing boards. One has Batman TV theme graphics. One has Japanimation style Batman and Robin figures, with two different style renderings of Robin. The third board has graphics from the Flipper TV show. Board reverses are generic game boards. Fine. Playing pieces are also generic and have three of four “kid” markers (one re-glued)and 32 cones in four colors/two sizes and a spinner. VF. Instructions inside lid are all in Japanese. Box lid has amazing images of TV style Batman and Robin w/Batmobile and Flipper with Bud. Box has a one corner split and moisture staining/soiling on Flipper side. VG. Very unusual combination of characters. Scarce. 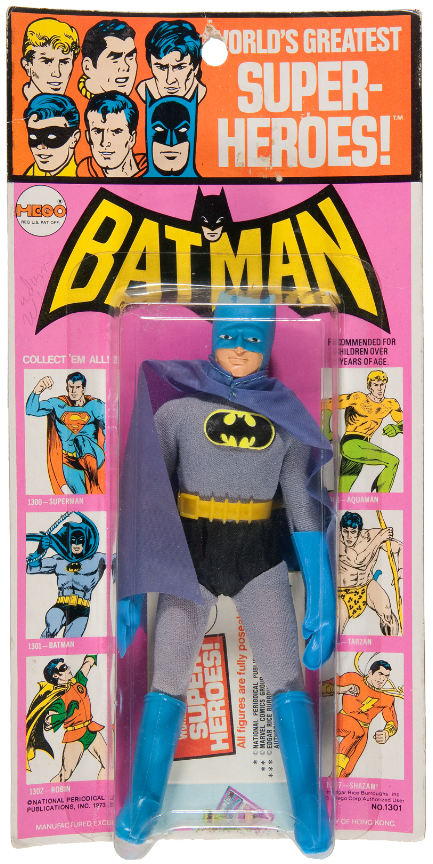 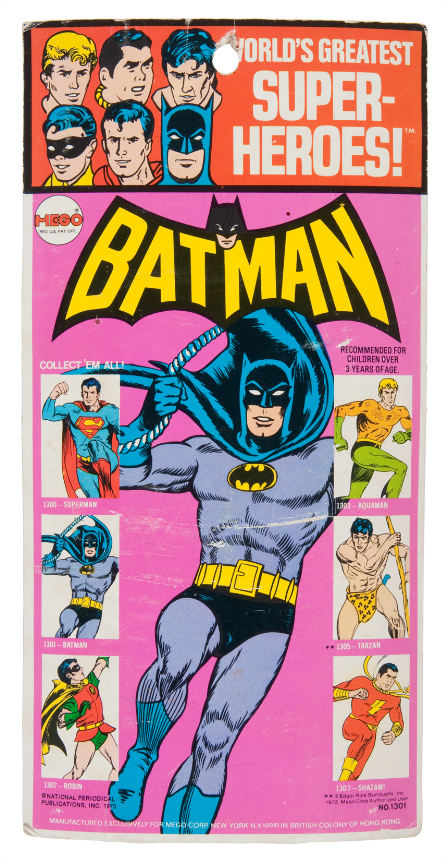 The auction is going on now, so head over to Hake’s and place your bids! Bidding starts to close on 6/21/2011, and as always, if you get something cool, I want to know about it!