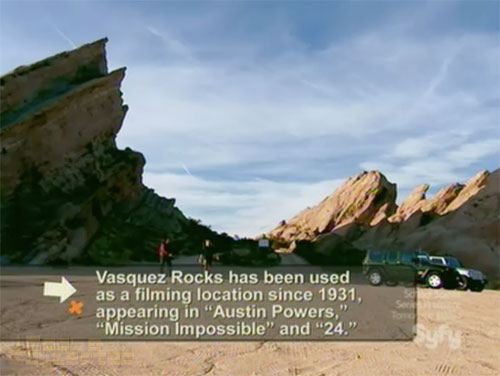 This episode begins with Brian in the desert. No really, he is on his way to Vasquez Rock, one of the filming locations of the original Star Trek TV series, to meet with a collector named Michael Mansfield. Michael has an original Star Trek phaser with the supporting paperwork signed by Allan Asherman. There are only ten of these phasers known to exist, and Brian thinks it is worth $30-50,000 if it’s authentic.

Meanwhile, back at the Profiles Loft, Joe meets with Ed Zine, a huge Star Wars collector. Ed has a replica statue of C3-PO that was made by the legendary Don Post. The statue was cast from the original molds and looks just like the real thing — it may not have been screen-used but it’s still highly collectible. As a surprise to Ed, Don Post actually walks into the room with Joe. He inspects the statue and tells Ed that there were less than 100 copies made, and this one is one of the gold plated versions. 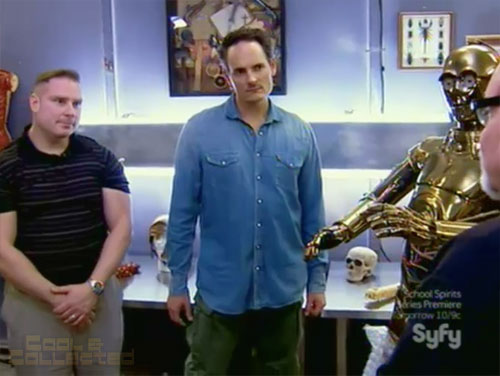 Ed needs to raise money to help his family and is facing a tough decision on whether or not to sell the statue. After some internal struggles, he decides not to sell it, but I hope he got Mr. Post to sign it! If he was having trouble parting with it before that day, there was no way he would sell it after meeting with Don Post himself! 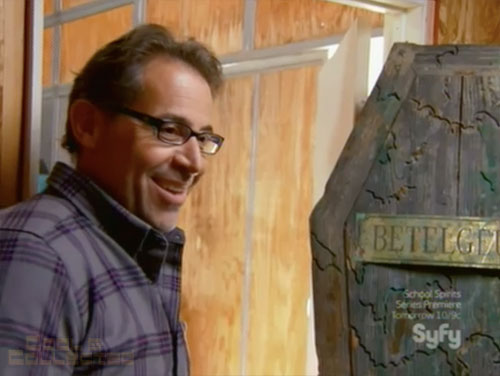 Joe and Tracey go to Ve Neill’s ranch. Syfy fans will recognize Ve from the awesome movie makeup show “Face/Off” where she appears as one of the judges (she’s the nice one). Ve has been nominated for three Academy Awards for her makeup skills and is having an estate sale to raise money for charity. Of course, in Hollywood, estate sales aren’t the same as the estate sales we have here on the east coast!

She has the ultra modern cow skin couch from Beetlejuice, which Joe thinks is probably worth a thousand dollars. He’s hoping to find something more exciting, when Ve uncovers a coffin from the movie with the name “Betelgeuse” on it. After the filming of the movie, she pulled it out of the trash! 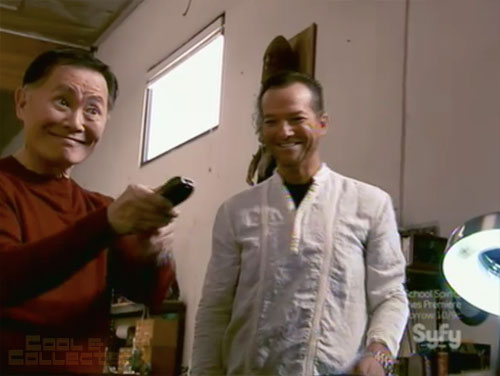 George Takei, AKA Mr. Sulu, visits the Profiles Studio to authenticate the Star Trek phaser, along with a licensed replica maker, John Long. There are plenty of forgeries and replicas out there, but the two experts concur that this is the real thing.

Jon hears about an antique store in Oklahoma City that recently bought out a prop house. He is excited to be the first company to pick through the store, but Joe isn’t as optimistic. The two of them fly to Oklahoma with hopes of finding items from movies that were filmed there, such as Rain Main, The Outsiders, and Twister.

The antique store is filled to the brim with treasures, and the shop’s owner, Randy Parsons, shows them the movie items — a small table with some old projectors and film reels. Joe is not impressed, and threatens Jon that he’s going to leave him in Oklahoma if this trip doesn’t pan out.

It turns out that Randy’s son, Matt, is a collector and has some items that might be of interest to Joe. 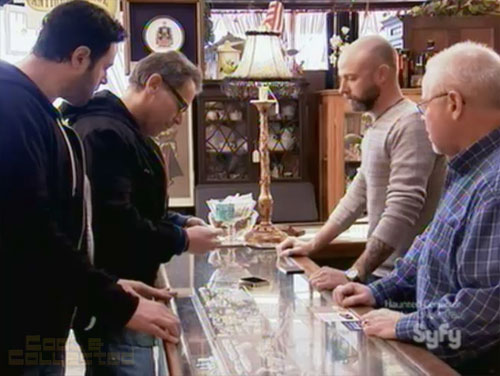 Matt has Wolverine’s dog tags from X2: X-men United. He bought them on an online auction and has the COA from Fox studios. He wants $4,000 and Joe starts to lay some piles of cash on the counter. Matt isn’t too interested in selling and drives a really hard bargain, but eventually agrees to sell the dog tags for $3,000. Joe paid more than he wanted to spend, and there seemed to be a bit of animosity brewing until Matt tells them about another X-Men fan in town who might have more props for sale. 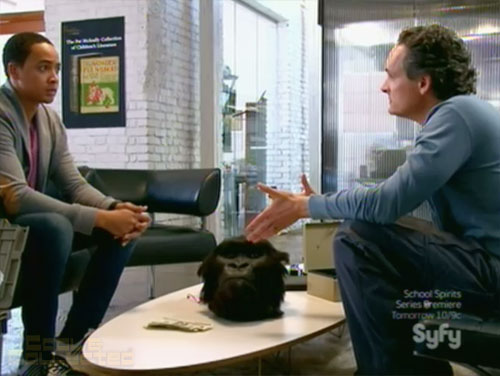 Back at the Profiles Loft, a collector named A.J. Smithey wants to sell an animatronic gorilla head from Instinct, that was made by Hollywood legend, Stan Winston. You all know my affection for monkey movies, but this thing is awesome! Brian estimates that it probably cost more than $25,000 to build the head with all of its electrical components and hand punched hair. AJ wants $5,000 for it so he can pay off some of his grad school bills, and I would have been frantically grabbing for my wallet, but Brian plays it cool and counter offers with $1,700. They eventually agree on $3,200 cash. 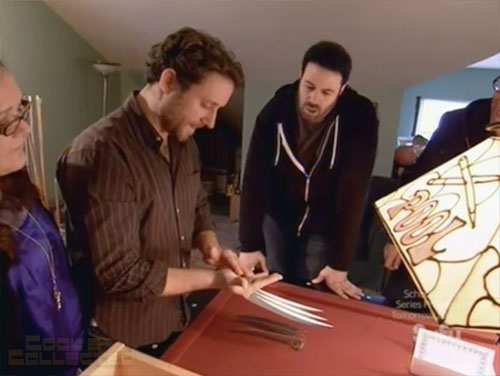 Back in Oklahoma, Joe and Jon find themselves ringing the doorbell to Anthony Kelly’s house. Anthony is a huge X-Men fan and has a small wooden crate in his attic that he brings out for Joe and Jon. After unscrewing the lid, we see that he hasWolverine’s claws! These are the claws Hugh Jackman wore in X2. Anthony tells about how he sold his car to be able to buy the claws from a friend, and Joe thinks they’re worth $25-30,000. He offers to buy the claws on the spot for $15,000 cash.

Sadly, my assumption was spot on. I thought another animated GIF was in order…

Joe tells the camera that this is something he sees all the time, and a lament of collectors everywhere — childhood fantasy versus adult responsibility. Seriously, who hasn’t been there before? Anthony agrees to put the claws up for auction rather than taking the cash offer, but he’s none too pleased. His wife is thrilled.

Jon feels vindicated that the Oklahoma trip was totally worthwhile, but Joe continues to give him a hard time about it. After Jon and Lou confirm that the claws are real, it’s time for the auction.

Auction day — The gorilla head from Instinct sells for $5,000. Wolverine’s dog tags from X2: X-men United sell for $4,000 and the claws sell for $35,000! Joe continues to give Jon a hard time, saying “That’s one in a row.” Joe calls Anthony and Trina Kelly to tell them the good news, they can now buy a new roof. yea. Cue sad trombone.

This episode may not have had the best movie props we’ve seen, but it had me laughing the whole time. Jon’s appearances are always an entertaining change of pace.

One final note, the Syfy channel is one of the few channels that really embraces the internet, and has free episodes of Hollywood Treasure available for streaming, so if you want to catch any of the shows you missed, head over to their site.