The Profiles in History crew decide to hold an appraisal clinic in an effort to drum up some new business. It’s basically a Hollywood version of Antiques Roadshow. 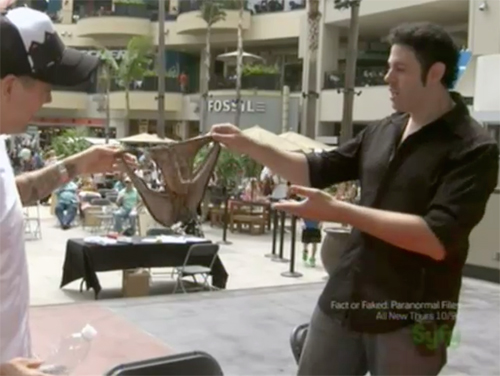 We get to see some of the items that people bring to the event, such as some Star Trek film from the 60’s (est. $200-300). There are several creepy items, including Frank Sinatra’s hairpiece, which Brian says looks like a tribble (est. $1-2k), and Steve-O of Jackass fame brings one of his very own banana hammocks (est. $2-3k). I really don’t want to see the person who would pay three grand for that. 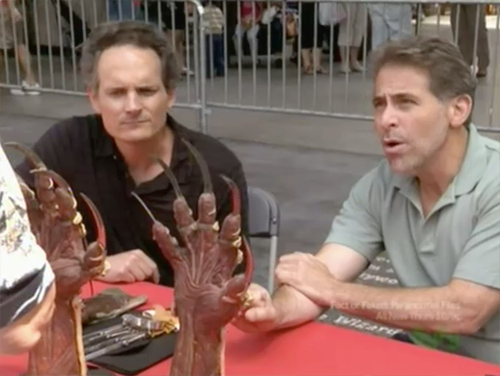 Next up are some prop Freddy Krueger gloves made by Lou Carlucci. Carlucci’s wife brought them in for the appraisal, but isn’t happy with Joe’s estimate of $10k, so she doesn’t consign them for auction at this time. 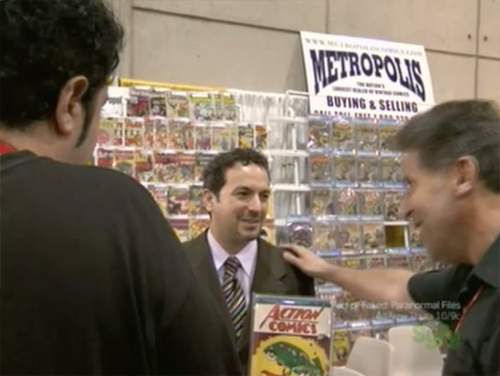 Joe goes to an animation convention with Jon. Now this is the kind of event we don’t see around D.C. This place looks awesome!

Vincent Zurzola of Metropolis Comics is there, and he shows Joe and Jon a rare copy of Action Comics #1. This is the copy of Action Comics #1 that made headlines earlier this year, because it was found in the basement of a family who was going into foreclosure. Needless to say, the family was able to increase their credit rating after the comic sold. Zurzolo gives Joe a Green Hornet #1 for his upcoming auction. 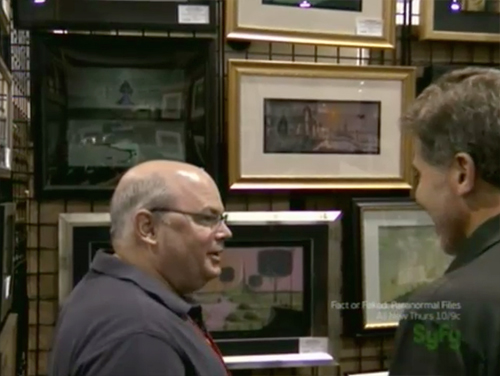 Joe talks with Mike Van Eaton, of Van Eaton Galleries, and convinces him to consign an incredible concept painting from Disney’s Sleeping Beauty signed by the artist, Eyvind Earle. 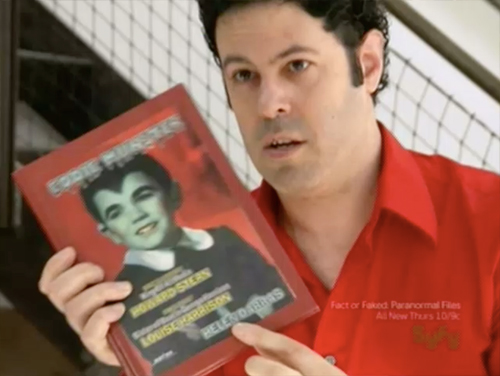 This is the point in the show where we see Tracey having trouble. She is trying to track down Eddie Munster items based on a biography she has, but all her leads have run dry. Jon swoops in to save the day and states the obvious, asking if she has contacted the author of the book. Ding, ding, ding!

Tracey meets with the author, Helen Darras, and learns that she has the original Eddie Munster’s jacket, and is interested in consigning it. Joe tells her it could go for $3,000 but Darras is expecting upwards of $10,000. 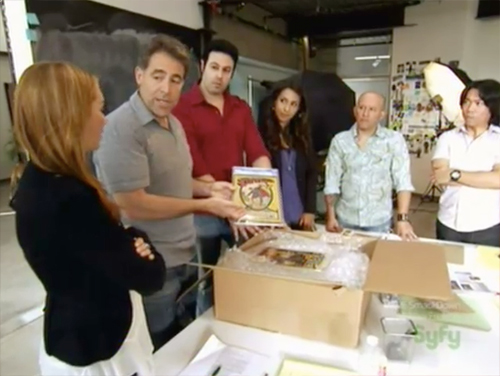 Joe gets a mystery box from Metropolis Comics’ Vincent Zurzola. He opens it to find an item that would send fanboys to the moon — it contains a copy of Superman #1 graded at CGC 4.5. Jon is thrilled. I’ve been on the fence regarding Jon, but the more they show him, the more I think I might grow to like him. He comes across as a big oaf, but he knows his stuff — or at least the writers are feeding him some good lines. 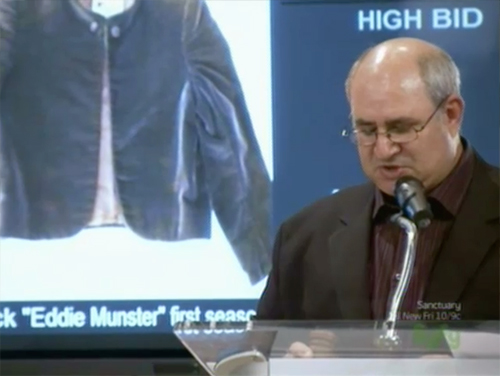 Syfy, you’re getting back in my good graces. All you have to do is show a comic book-related item, and I promise I will keep watching. If I had the money, I would gladly buy any of the items shown in this episode — with the exception of Steve-O’s bikini briefs. Anybody else see anything they would die to own?