At the beginning of this episode, we get to meet Joe’s mother, Betty, who brings him a newspaper clipping about the Hollywood Christmas Movieland Museum which is closing in Hinckley, Ohio. Joe and Tracey fly out and find plenty of props from Christmas movies, but they also find an owner who is reluctant to sell. Mark Claus (yes, that’s real name), is a dead ringer for Santa and is having a tough time selling any of the items from the collection, even though money is desperately needed in order to keep the museum open. 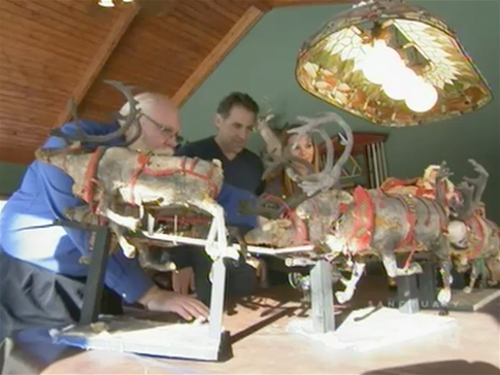 Some of the props include an animatronic Sleigh from Santa Claus, Fred Claus elf costumes, the engagement ring from The Grinch Who Stole Christmas, Will Ferrel’s costume from Elf, and my personal favorite, Randy’s snowmobile suit from A Christmas Story. 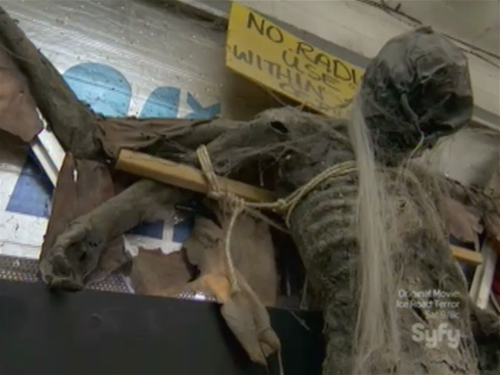 Brian and Jon visit Brian Penikas who makes props. Penikas’ office is filled with props, and they convince him to part with a full figure prop from Jeepers Creepers. 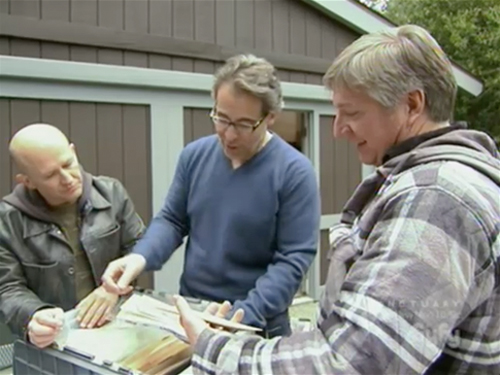 Joe and Lou pay a visit to Gary Chiles, whose father, Olan, was a big check collector. He has tons of bins filled with personal checks from the likes of Frank Sinatra, Sammy Davis, Jr., Alfred Hitchcock, and Orson Welles. 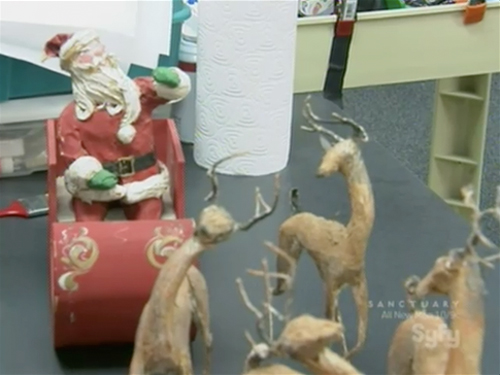 Mark Claus comes to the Profiles in History office. He has decided to auction his Santa sleigh shown in the store window of Miracle on 34th Street.