It was a long wait, but Hollywood Treasure finally returned to the airwaves, and it looked like they took a page from Mike and Frank over on American Pickers. This episode has Joe picking through a shed with dead animals on the floor and a leaky roof above. The shed belongs to Lauren, an artist who worked on a bunch of films. Joe finds some cool masks from Alien Mine and a huge stack of animation cels, but the leaking roof ruined the cels over time.

These are the kinds of story I like to see — ones where amazing items sit undiscovered, just waiting to be unearthed.

Barry Bregman, the grandson of the Tin Man in the Wizard of Oz comes to town and he has a copy of L. Frank Baum’s classic book, signed by all the original cast members. The book itself wouldn’t be worth too much, but because of the provenance and autographs, Joe thinks it could sell for up to $60,000. 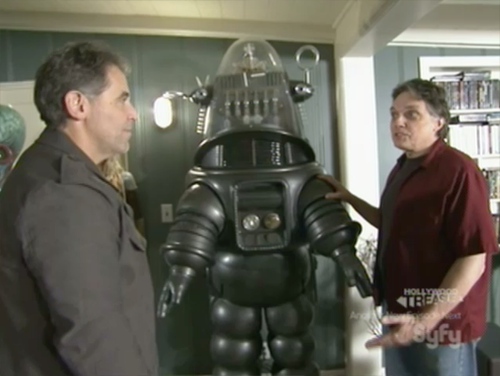 Joe pays a visit to Bill Malone, a film director, who owns some pretty amazing pieces of Hollywood memorabilia, including the grand daddy of them all — he owns the original Robbie the Robot from Forbidden Planet. This thing is amazing. It has ben restored to be fully functional with blinking and rotating lights. Unfortunately for Joe, Robbie is not for sale, but he does eventually get a ray gun from Forbidden Planet to sell at auction. 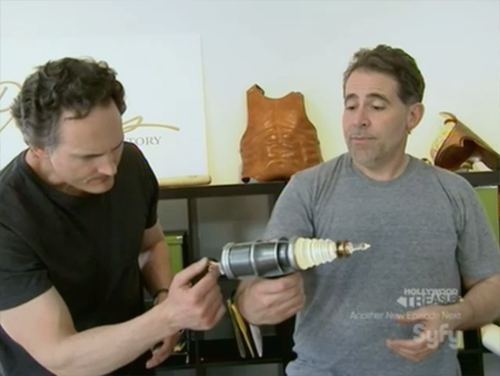