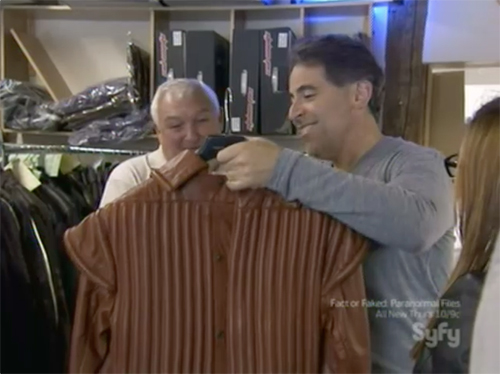 Joe, Brian, and Tracey take trip to merry old England on a quest to find the original Chitty Chitty Bang Bang. They first visit Peter Botright (great name) of Wested Leather. Botright’s business is making leather costumes for Hollywood studios, and he shows the Profiles in History crew Mad Eye Moody’s jacket from Harry Potter, some of Indiana Jones’ shirts, and Wolverine’s motorcycle jacket. He also has a Phantom Menace Naboo guard jacket, which he agrees to consign for auction. 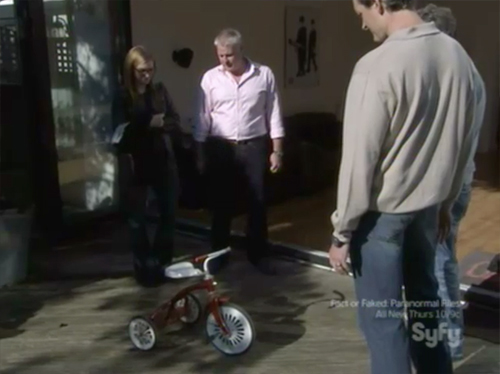 The next stop is Harvey Stevens, who starred as Damien in the 1976 horror classic, The Omen. He has the tricycle he rode when his character knocked his mom off the ladder. His kids actually use the tricycle, and he decides to hold onto it. Stevens also has the costume he wore for the film and agrees that it is the right time to sell it.

Back in Hollywood, Jon and Fong hunt for Chitty. They meet with Bob Hartwig from Cinema Vehicles, who gives them information on Chitty’s backstory and how they can auhenticate the car, assuming Joe can find it. 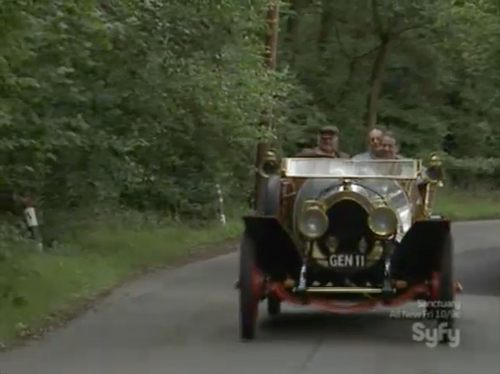 Joe and his crew track down Pierre Picton in Halesowen, England. Picton was an actor who appeared in Chitty Chitty Bang Bang and bought the car in 1972. Tracey calls him “a cartoon character who has come to life” based on his rainbow scarf and vibrant personality. Joe thinks the car is worth $1-3 million. It’s not for sale at this time, but it is available for a joy ride. 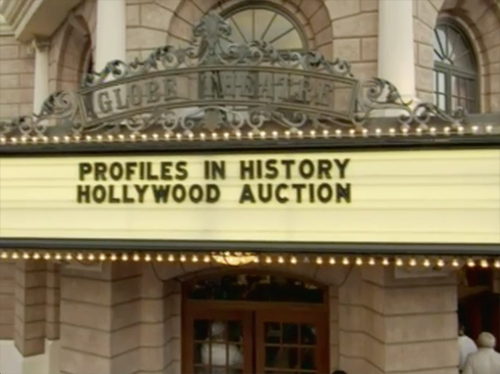 The auction is held in a new, larger venue. The Damien costume from The Omen sells for $4,000 and the leather Naboo Palace Guard costume sells for $7,000.

This episode was better than the last one but I wish they had more “recent” items to profile. I find it hard to get excited about Chitty Chitty Bang Bang. Just sayin’.