Disclaimer: I am a Planet of the Apes nut, so this show got me pretty giddy. 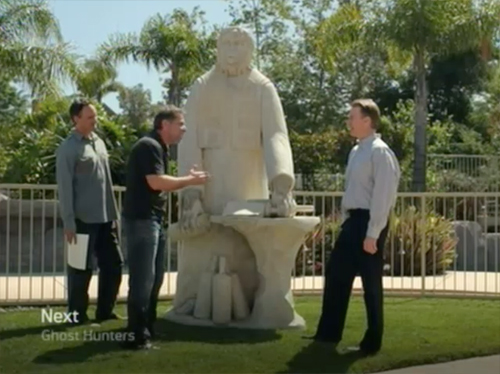 Ed Gogin is a big time Planet of the Apes collector in Orange County, CA. Joe and Brian visit Gogin, because they hope to convince him to sell his Lawgiver statue. This is a massive prop that Gogin has sitting in his backyard, and it is freaking awesome! Gogin bought the statue at an auction where he actually outbid 20th Century Fox, which was trying to buy it for its archives. 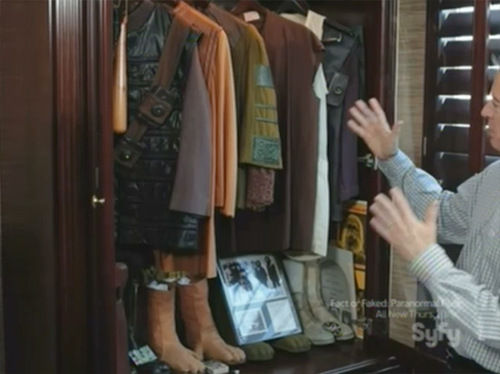 Gogin has a closet full of costumes, boots, guns, and billyclubs from the series of movies. Joe estimates the collection to be worth $100,000.00 but it’s not for sale.

If I had a closet filled with those costumes, I would play dress up like a little girl everyday. I’d wear the Soldier Ape costume on the weekends while running errands and save the orangutan leather outfit for church on Sundays. I’d even wear the feet if the weather was right. This was probably the coolest collection I’ve seen so far on Hollywood Treasure. Mr. Gogin, if you ever want to share the POTA love with a fellow fan, I could help you store some of your overflow. Really. 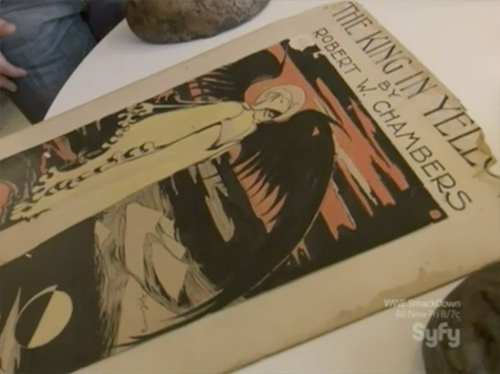 Forrest J. Ackerman was the editor of Famous Monsters of Filmland, and a science fiction icon. When he passed in 2008, he left many of his items with his caretaker, Joe Moe. Moe called Joe and Brian to see some of the items that he might consign for an auction. He has some copies of Famous Monsters magazines, a prop head that Ray Harryhausen gave Ackerman, and a series of life masks of horror genre legends.

One of the items Moe agrees to consign is a German magazine from the early 1900’s, called The Orchid Garden, which is the only known full set. He also will sell the original cover art for the King in Yellow, which is the first horror anthology. 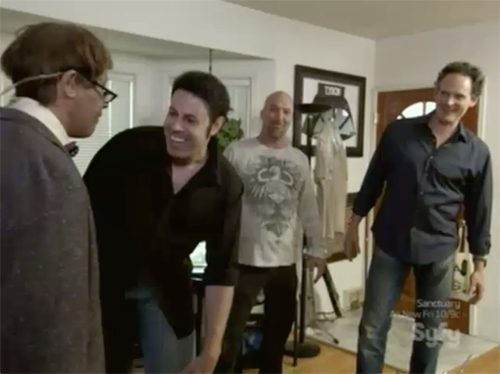 Brian and Jon visit Bill Boyd who has a wax figure of a Jerry Lewis nutty professor. Jon gives a pretty good impersonation of the professor upon seeing the model. Boyd has the original prop teeth and eyeglasses, having bought them from the movieland wax company when it closed. Unfortunately, Boyd doesn’t want to sell, and the guys have another disappointing strikeout. 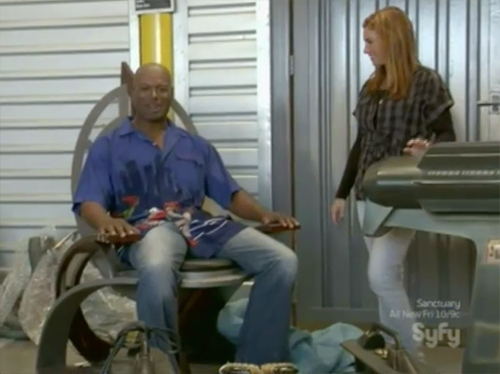 Tracey calls Christopher Judge from the Stargate TV show. We saw Judge in an earlier episode and he has found some other props from the show that his friends were able to hold onto after the series ended. Tracey and Joe meet with Judge and are thrilled with the large number of props he was able to gather.

The Stargate items start slow, with some items not even selling. The Teal’c Jaffa helmet is the big ticket item, and sells for $9,000.00. I think if you’re going to buy a prop from Stargate, that snake helmet would be the one to get.