There were some pretty amazing props on this episode of Hollywood Treasure. When I heard that there were going to be Stan Winston props featured, I got excited. Luckily the show did not disappoint. 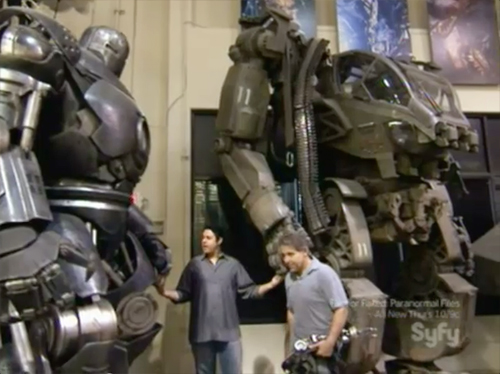 Joe and Jon visit the Stan Winston archive. Check out this shot of the two of them standing between an original Iron Man Iron Monger suit and an Amp suit from Avatar. Those things are massive! The entire warehouse is filled with amazing items like these.

Matt Winston, Stan’s son, and Eric Litoff have asked Profiles in History to identify some of the items they have unearthed in the Winston archives. Joe and Jon find a mechanical arm from one of the Terminator movies, a velociraptor head from one of the Jurassic Park movies, and an animatronic gorilla head that they think is from Congo or Instinct. They need to do a little more homework to verify the origin of the items. 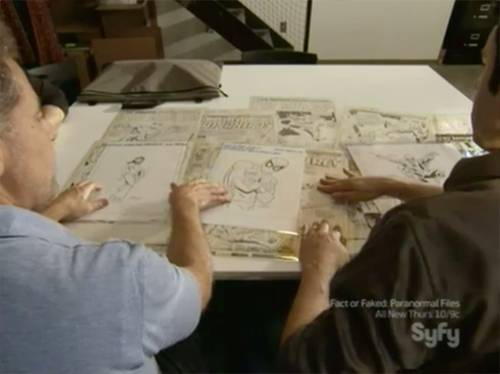 Mike Burkey meets with Joe and Jon to discuss selling some of his original comic book art. Burkey is the largest dealer of comic book art in the world, and has brought some incredible pieces. He has some John Romita Spiderman art that was used in Marvel marketing materials, and an unforgettable splash page from Amazing Spiderman #50. Joe estimates that one page is probably worth $100,000.00 and is excited to get the art for one of his auctions. 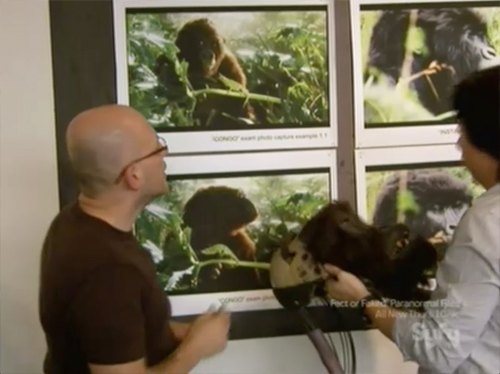 Lou and Fong try to determine which movie the gorilla head was in, while Jon tries to track down the movie that featured the velociraptor heads. After looking at a bunch of screen stills for comparison, they can definitively say that the gorilla is from Instinct. Jon determines that the velociraptors were used in Jurassic Park 3. 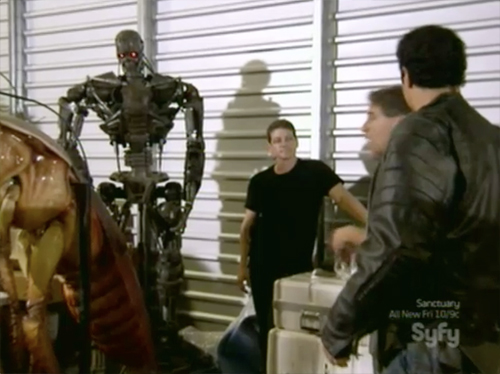 Joe and Jon go to the Stan Winston school of character arts, and meet again with Matt Winston and Eric Litoff, who are trying to establish the school to train students to be the next Stan Winston. They visit the warehouse and see the original T600 from Terminator Salvation. Joe tries to convince them to sell some marquee items to help fund the school. I can’t even comprehend what it would be like to have that T600 sitting in my house. I imagine that the guy who buys that kind of prop is insanely wealthy, and single — but soooo lucky.

Tracey is tasked with planning a Variety charity auction. Some of the items she was able to procure include a sword from the next Narnia movie, and an Identity Disk from the upcoming Tron movie. There’s also a  life-size Iron Man Mark II bust signed by Stan Lee. 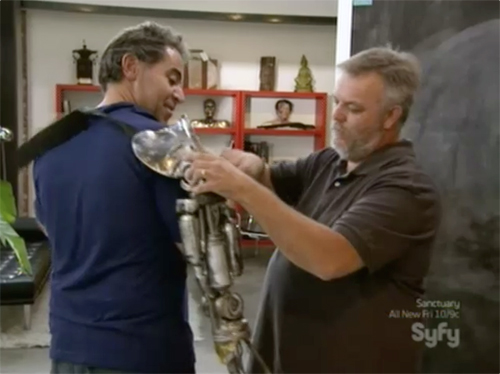 Joe calls in Michael Moore (not that one), a prop expert, to help identify the Terminator arm. He confirms for Joe that it was the arm worn by Arnold Schwarzenegger in T2.

It’s the day of the Variety Auction. The Winstons donated a T-Rex tooth from Jurassic Park which sells for $2,750.00. The Lord Drinian Sword from the new Narnia movie sells for $1,400.00, which is pretty impressive since the movie has not even been released yet. The Iron Man Mark II bust signed by Stan Lee fetches $2,750.00, and the Tron: Legacy identity Disc goes for $8,500.00. That’s a lot of money for a fancy frisbee. Overall, the auction raised $46,000 for the charity.