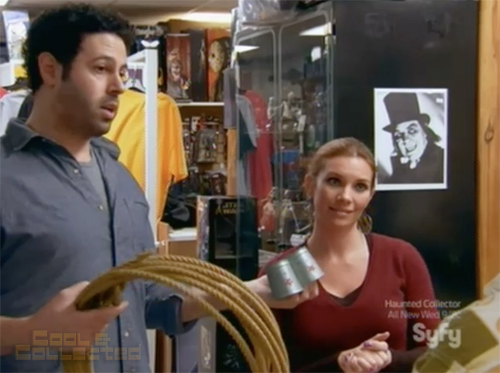 Jon and Tracey visit a local collectibles store called “Blast from the Past” and meet with shop’s owner, Larry, who has a pair of Wonder Woman’s bracelets and magic golden lasso. Larry isn’t interested in putting the items up for auction, since an auction could go either way, so Tracey offers to buy the items outright for $3,000. Tracey isn’t quite the top-notch negotiator, but ends up getting the items for $5,000 after initially walking away. It seemed a little out of character for the crew to buy these things without any proof that they are in fact items used in the TV show, but I guess that’s where we get all the drama! 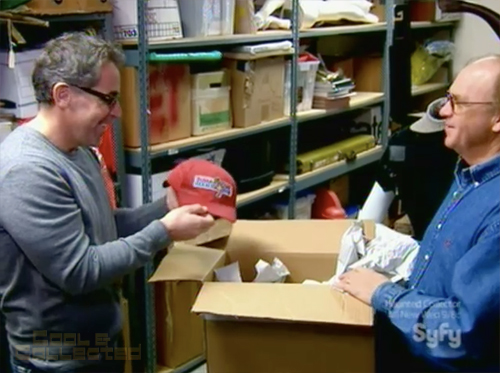 Joe travels to Granbury, Texas for a meeting with Chris Christian, a Grammy winning music producer who has amassed an impressive collection of movie props. He shows Joe his collection of props and costumes from The Sound of Music, but unfortunately for Joe, those items are not for sale. Chris takes Joe to a room filled with boxes of props that he would consider putting up for auction. Joe digs through a few boxes and finds some Forrest Gump props, including Forrest’s running shoes and red Bubba Gump Shrimp baseball cap, which Joe thinks would be big sellers at auction. 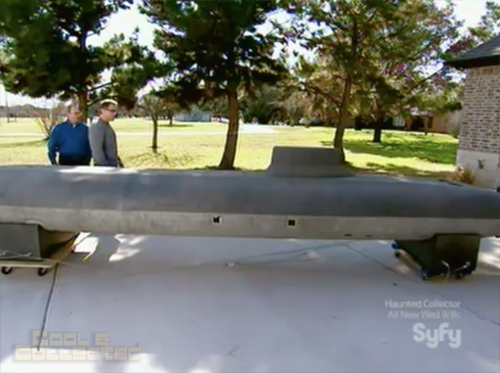 Chris has something hiding under a blue tarp in his garage–something big–very, very big. He pulls back the cover to reveal a 21′ submarine “miniature” used in the filming of The Hunt for Red October.  This thing is huge–and awesome! Joe is reluctant to take it to auction because he thinks it is just too big for most collectors. He tells Chris that it would be worth a lot more if it was 3′ long. In my opinion, this prop would be an excellent addition to a naval museum or even to a themed restaurant. I would encase it in plexiglass and turn it into a bar!

Back in Los Angeles, Jon and Tracey have Gary Tunnicliffe, a prop expert, analyze the Wonder Woman items Tracey purchased. They compare the bracelets to screen grabs and it’s not long before they determine there are problems. I’d love to know how they would authenticate the lasso. I mean, it’s just a regular old rope that has been spray-painted gold. Heck, if Profiles in History is buying, I think I might have a few of those in my garage!

Meanwhile, back in Texas, Chris tries to convince Joe that the submarine would sell at auction — while sitting on the original bench from Forrest Gump! Chris has the bench in his backyard overlooking a lake. Is that really how you care for valuable movie props? Chris agrees to sell the Bubba Gump hat at auction if Joe also takes the submarine, and he proposes a gentleman’s wager — if the hat sells for more than the sub, Chris will give Joe the bench to auction. Joe is giddy with the thought of auctioning the bench at a future auction.

Back at the Profiles Loft, Tracey has called in another Wonder Woman expert — this time it’s Grant Bushman, son of the Wonder Woman prop master. He confirms that they are the real bracelets,  but are from later in the season, which is why Jon and Tracey couldn’t match them up with the screengrabs. Tracey is relieved. 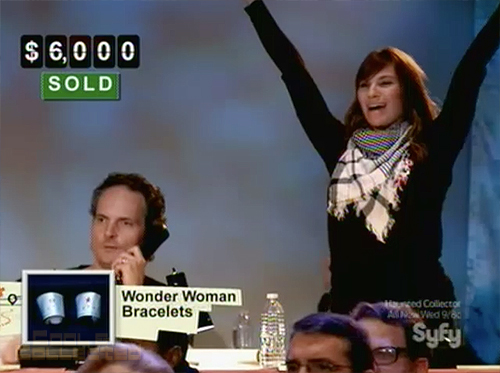 Joe and Jon attend the annual Hollywood Show, in Burbank, to meet with celebrities and dig for treasure. Being on the East Coast, it boggles my mind that events like this even exist — I want to go! While looking through the items in Dan Strebin’s booth, Jon finds some outfits from LOST. Jon was actually one of the “Others” on the show and finds his outfit among the clothes. He wants to buy his outfit and the one his friend wore, but he doesn’t $5,000, so he puts them on hold as a money making plan starts to brew in his head. 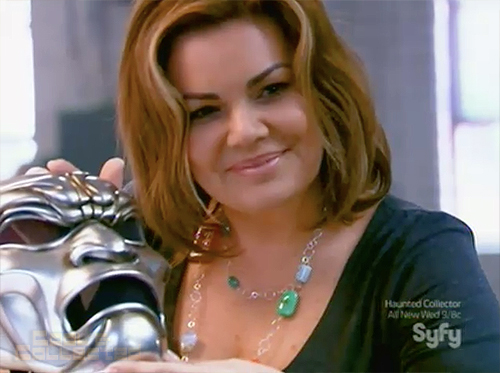 At the Profiles Loft, Brian meets with Julia Louiza, a prop collector who has the Immortals mask from 300. After authenticating it as the real thing, Brian offers $3,200 in cash, but Julia chooses to go to auction instead. As I’ve stated before, I wish the show would stop doing these scenes with stacks of cash sliding across the table. It works fine on Pawn Stars, where they’re dealing in gold jewelry and guns, but Hollywood memorabilia should be held in higher regard. These are museum pieces, and seeing them swapped for cash just cheapens them in my opinion. 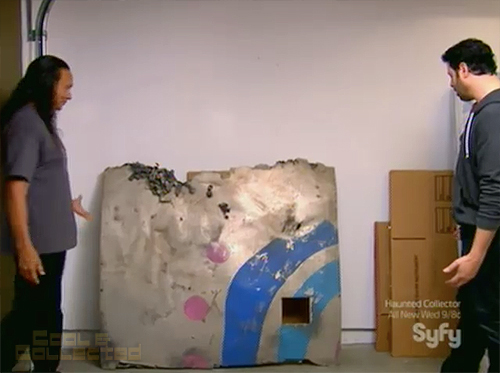 Jon meets with his fellow LOST actor, Addison Arquette, in an attempt to pool together the props they retained from the show to sell them to raise enough money to buy their costumes. Jon has the knife that Locke used to kill Jack and Addison has a box of Dharma Initiatives food. Addison mentions that he has something else at home — a huge piece of the Oceanic 815 fuselage — now, that would look great hanging on the wall! Addison reluctantly agrees to auction it off to raise money for their costumes. 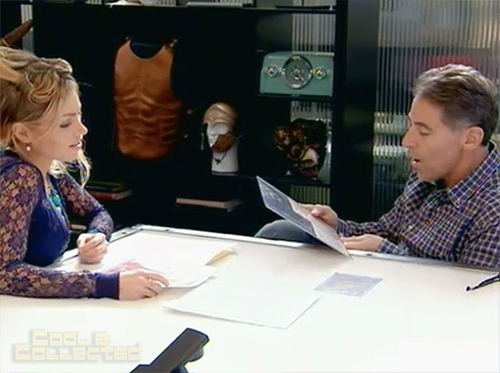 Julia Faye visits the Profiles Loft and shows Joe a letter from Marilyn Monroe along with a lock of her hair. She bought the items from Marilyn’s hairdresser and has a certificate of authenticity, but no DNA test. Joe tells her it could be anyone’s hair, and without a DNA test, he can’t sell it.. If it were authenticated, he thinks it could sell for $100k! 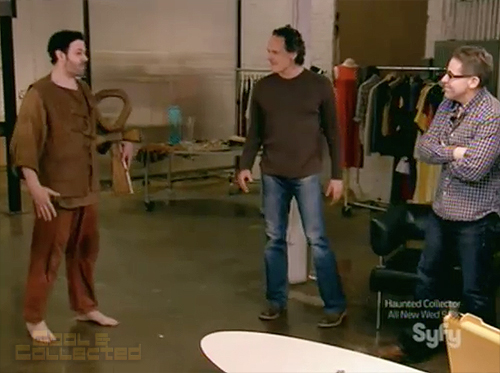 Jon is able to buy his costume and models it for the Profiles crew as the credits roll. Jon Mankuta is a nice guy, and has commented on previous episode recaps here on Cool & Collected. I’m glad that he got his costume, but I think that just about everyone else in the world would prefer to have that knife, if given the choice. Am I wrong?