There’s nothing better than getting something for free, and there’s REALLY nothing better than free Planet of the Apes swag! A while back, I had a short email conversation with Chip Mosher over at BOOM! Studios, where I mentioned my love for POTA. To my surprise, he remembered that conversation and sent me two versions of the first issue of the comic book and a huge poster that will certainly hang in my living room! 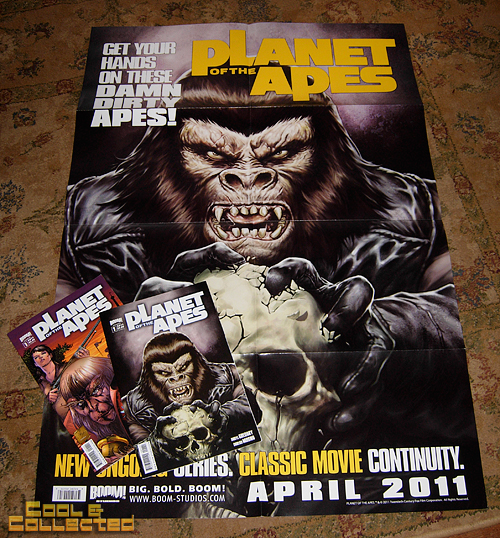 This comic is one of the hottest titles out there and doesn’t even go on sale until tomorrow but somehow, it has already sold out! If you want a copy, you better get moving and try to track down one for your own.

Beginning an all-new series that takes place before the original 1968 Planet of the Apes movie in the continuity of the first five films! Ape society has reached a new golden age. But there are ripples of dissent in both the ape and human ranks. Tensions will rise and soon all will be caught in chaos! And amidst all this uncertainty, what is the fate of…The Lawgiver? Written by award-winning novelist Daryl Gregory!

While I was on vacation last week, one of my eBay

wins came, which happened to be some vintage 8mm POTA films. I love how the artwork of the Apes has evolved through the years, and I really can’t wait to see how Hollywood screws up the franchise in the next installment starring James Franco. 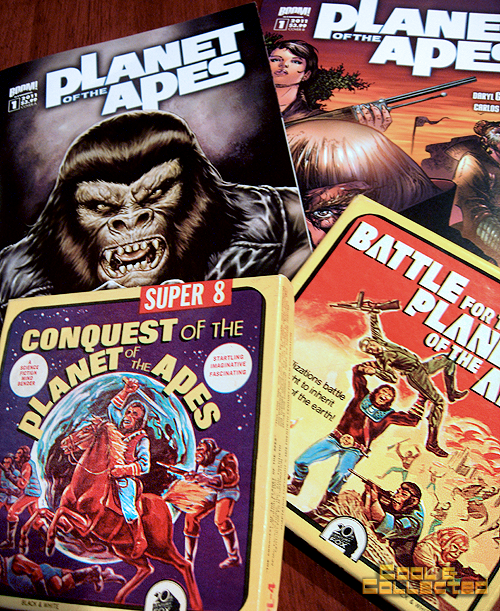 Thanks again, Chip! Any other Planet of the Apes fans out there excited about this most recent revival of the franchise?