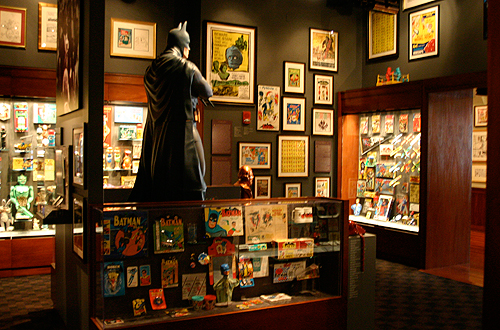 “Thou shalt not covet thy neighbors comic collection.” Steven Geppi makes that one tough commandment to keep. Today, I visited Geppi’s Entertainment Museum in Baltimore, and I can’t recall ever saying, “ooh, I want that,” so many times in a single day.

“Located in historic Camden Station, Geppi’s Entertainment Museum at Camden Yards is two blocks away from Baltimore’s famous Inner harbor attractions. Founded by Stephen A. Geppi, owner of Diamond Comic Distributors — the largest English-language comic book distribution company in the world — the museum presents a unique collection of Americana and comic character collectibles. Visitors will experience pop culture through familiar friends with a unique historical twist.”
(From the GEM brochure.)

The museum is easy to get to and had plenty of parking, though I doubt it is the same story when the Orioles are playing. We had the entire place to ourselves, which was great, but I hope it doesn’t mean the museum is having a tough time attracting visitors. This place deserves to be around for a long time. 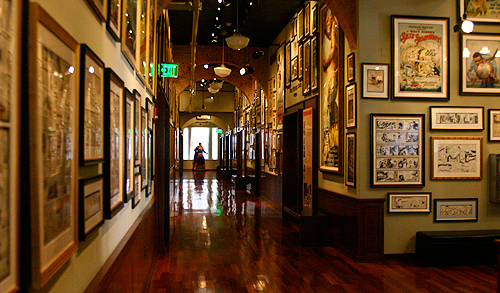 The museum is probably best suited for the over 30 crowd who can appreciate the items on display. Even though there are plenty of comic books and characters, my four-year old was tugging on my sleeve to go after ten minutes. There was a minimal amount of hands-on activities to keep the little guy interested. Of course, the gift shop was exciting to him.

Most of the items in the museum could be bought on eBay since they were mass produced in the last century. That’s not a bad thing. A great collection doesn’t have to be filled with priceless artifacts. Now, I won’t be bidding on Detective Comics #27 any time soon, but I have a few comics in my own collection that Geppi’s had in their glass display cases, which made me feel pretty darn special. The museum has done a great job in gathering a sample of collectibles that cover a wide variety of pop culture collecting areas.

If you call yourself a collector, then you owe it to yourself to visit Geppi’s.