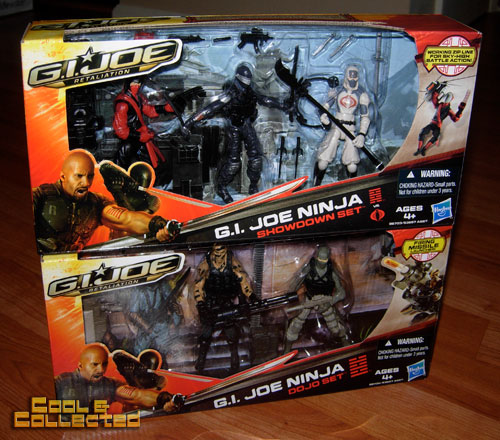 at the store the other day. The movie studio caused quite a bit of stir when they announced that the film would be delayed until next year–not a good sign by any means. The collector in me is hoping that when the movie is released, the new action figures will have  a sticker applied that states something to the effect “See the movie this Winter” or something to denote that this first wave is different, but that’s probably just wishful thinking. Hasbro is delaying the release of the Wave 2 figures, though a few have been leaked already.

The single figures are being sold for $10 each, so these 3-figure sets are a “bargain” at $20. I particularly like the G.I. Joe Ninja Showdown Set,

but the Beachhead figure in the G.I. Joe Ninja Dojo Set

is pretty cool too–I’m not too keen on that skinny Roadblock figure though.

I rarely buy action figures anymore but I just can’t seem to stop myself when it comes to G.I. Joe–photographing these guys is so much fun! Here are a few quick shots I took last night. 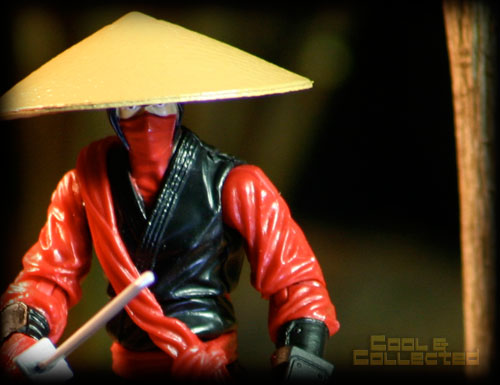 I’m disguised as a mushroom. ssssshhhh.

This Snake Eyes figure is awesome.

Have you seen my hat? 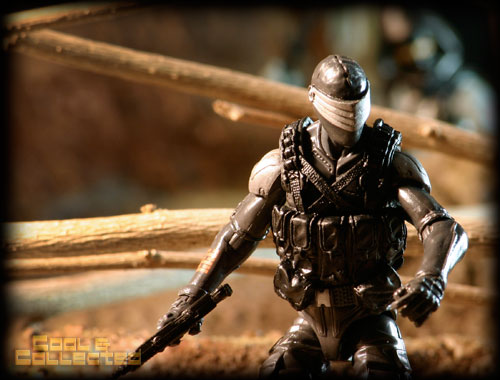 Storm Shadow sticks out like a sore thumb in the dark of night.

You can see full-size versions of these photos on Flickr.