When I was a kid, we used to spend our summer vacations in Old Orchard Beach, Maine.  We would stop at one of the beach shops and load up on sand toys and flip flops (suntan lotion was for losers), and my brother and I would usually get to pick out a kite. These kites were glorious. They had a large picture on a sheet of cellophane–usually a scary monster with giant eyes–and a bunch of long streamers for the tail. We tore through some pretty cool kites back in the day, but I doubt any of them were as cool as this guy… 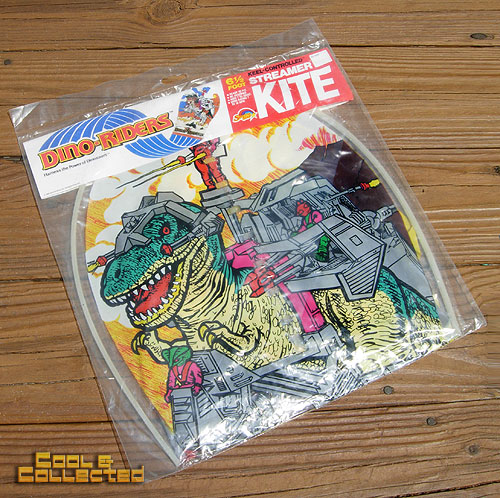 Dino-Riders is one of those properties that just hit on all cylinders with a rocket powered sledge hammer. I honestly don’t know how this franchise hasn’t been rebooted continuously since it debuted back in the 80’s. I mean, there are guys riding dinosaurs–with armor and missiles! 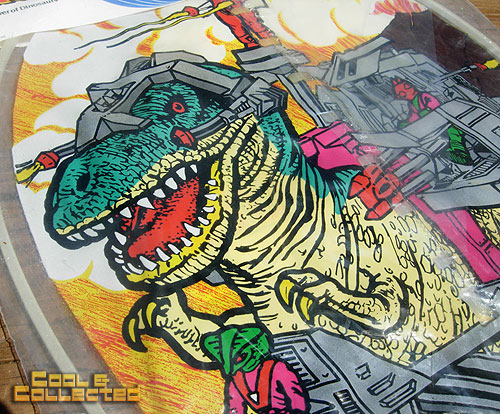 This kite struck a chord on so many nostalgic levels, when I saw it on eBay

a while back, I knew I had to have it. I usually don’t even consider opening a sealed vintage toy, but this thing is seriously tempting me to rip it open and set it free in the clouds.

So, if you happen to see a grown man on the beach flying a weaponized T-Rex, don’t think any less of me.