We headed out to take part in Free Comic Book Day at Laughing Ogre Comics in Fairfax, Virginia. I go to this shop a few times a year, and it was obvious that the day’s festivities certainly drew a good-sized crowd. There were still plenty of free comics available in the middle of the afternoon, but the reasons I enjoy visiting the shops on FCBD are the comic creators available for signings. 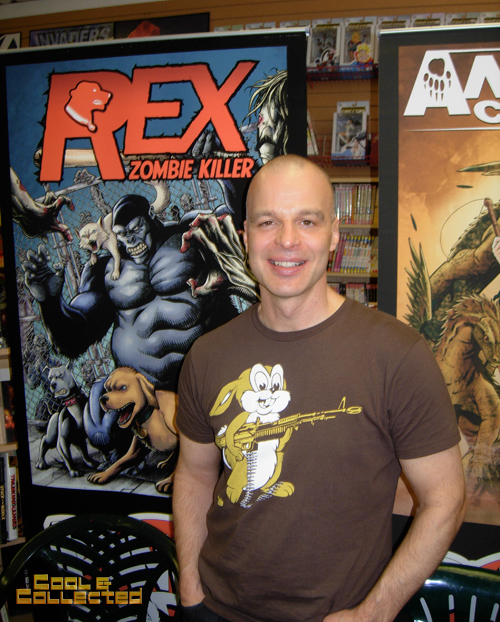 Rob was gracious with his time, and I was happy to add a couple of issues of Rex to my meager comic collection. Rob also had some amazing coloring pages for my kids, from one of his other upcoming books titled Animal Control. 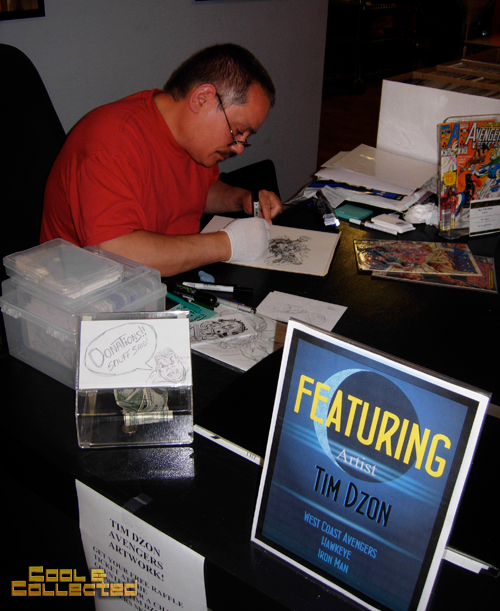 I wanted to check out another new comic shop that was nearby, so we headed down the road to Game On! Comics. This was a neat little shop that had Tim Dzon as their guest artist, signing his work and sketching on site. My son got his first signed comic, an issue of West Coast Avengers that Tim inked. While we were waiting in line to buy the comic, Tim drew a little Hulk drawing and handed it to my son, which put a huge smile on his face. (Thanks, Tim!) 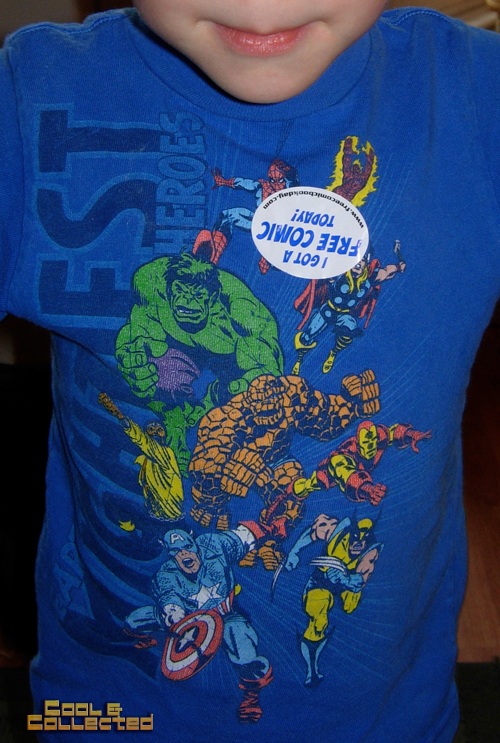 Overall, Free Comic Book Day was a ton of fun, and it helped to foster the collecting spirit in our family’s two young comic book fans, so I’d call that a success. My kids have already asked if we can do it again next weekend.