Living in the ‘burbs of D.C. doesn’t provide too may outlets for cheap treasure seeking. The D.C. big Flea is primarily a large antique show, but there are usually a few cool collectibles to be found.

There were a few vendors who were selling vintage toys and pop culture collectibles. I stopped and chatted with one of them for quite a while about some of his items. He had plenty to drool over, but his prices were just too high for my meager budget. He told me he doesn’t deal online at all and it was obvious to me that his prices reflected that. Every item I looked at was priced higher than I could find it online at any number of shops. Of course, the nature of the game is to make some deals and haggle, but this guy was having none of it.

He showed me a loose Indiana Jones (with whip) action figure along with Marion. He was offering them both for $150.00. He said the high price was due to Marion, and Indy was basically free. After I pushed my eyeballs back into their sockets, I left and found some more affordable items to add to my collections.

When I go to events like this, I have a unique ability to find the absolute cheapest “treasures.” An old guy was selling his personal collection of vintage western paperbacks. I’m used to paying a few bucks a piece for these and found it hard to suppress my glee when he said they were 20 cents each. I cleaned him out. While paying, he told me how he loved reading westerns and would take them with him into the bathroom and finish a whole book at one sitting. My glee turned a little sour at that, but not enough for me to put them back on the shelf. 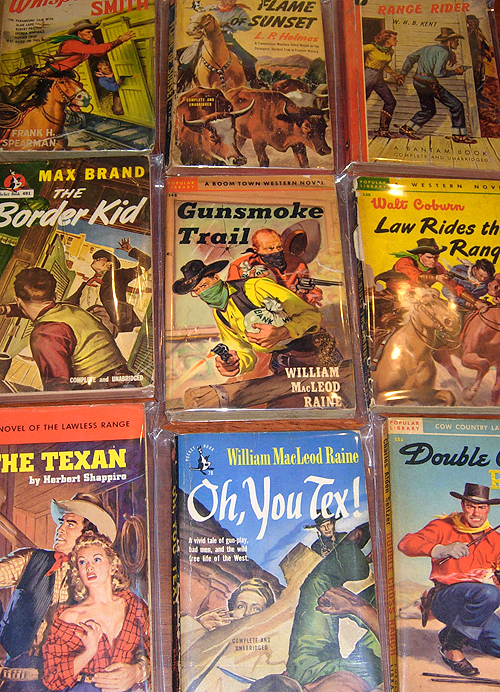 I also found a stack of these giant comic book reprint issues. They’re probably not worth much but they should be fun to read. 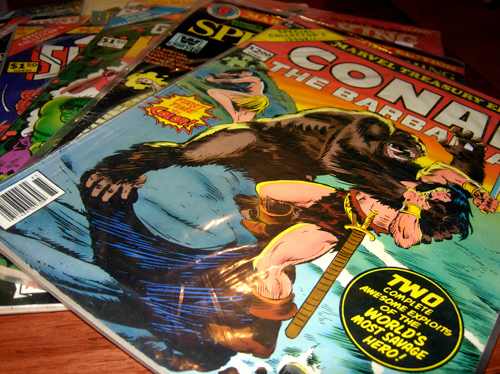