I wanted to feature a spooky vintage board game in the Countdown to Halloween, and they don’t get much spookier than this gem: The Voice of the Mummy. 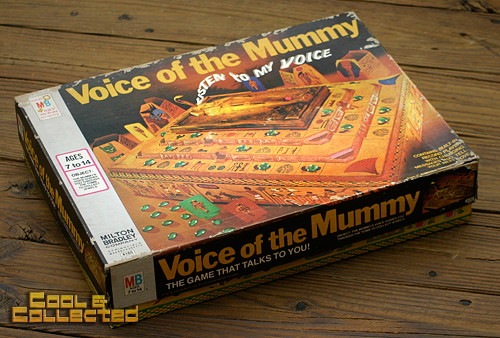 This game was released by Milton Bradley in 1971 and is one of the earliest battery operated board games. 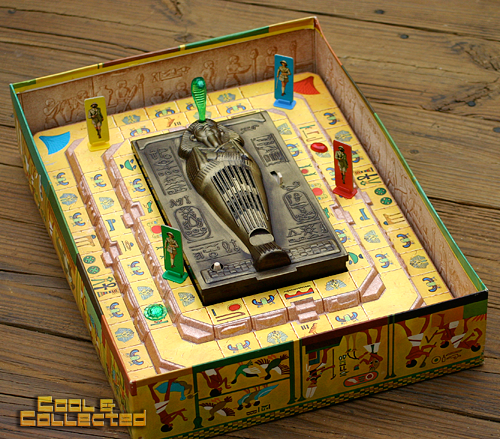 A three tiered foam platform serves as the game board, and a detailed mummy’s sarcophagus rests in the middle of the board. 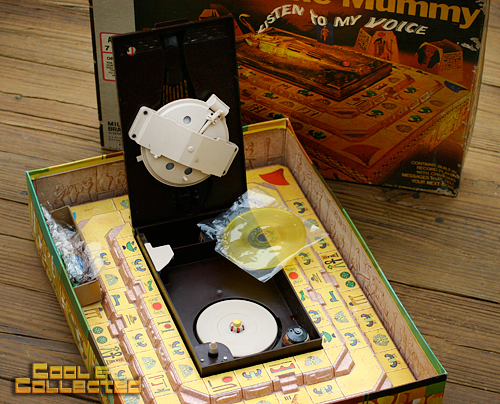 Inside the mummy is a record player that plays the voice of the mummy, which instructs you on how to move on your turn. 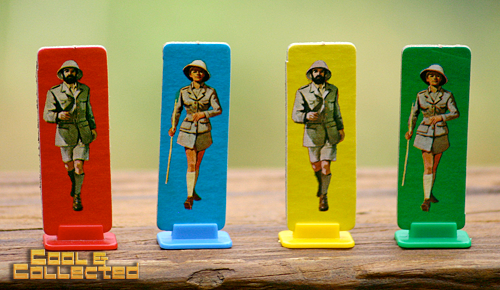 These intrepid explorers serve as the player pieces. 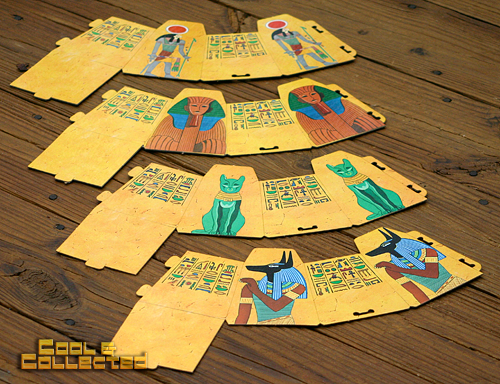 These cardboard towers are used to hold a player’s gems. The towers in my game have never ben assembled, so I’m not gonna be the one to bend them after 40 years!

Here’s a short video that lets you hear the Voice of the Mummy.

Vintage battery operated board games can be quite collectible. This game is hard to find in good, working condition and typically sells for $100-150 on eBay