The Countdown to Halloween continues with another ghoulish toy from my collection. This is the Thundercats Mumm-Ra’s Tomb Fortress from the 80’s. 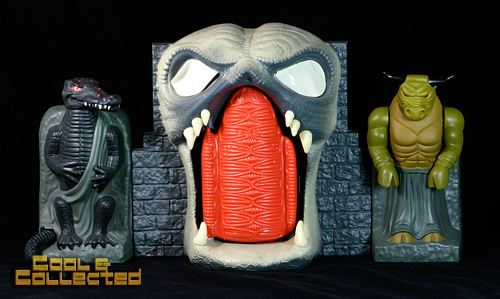 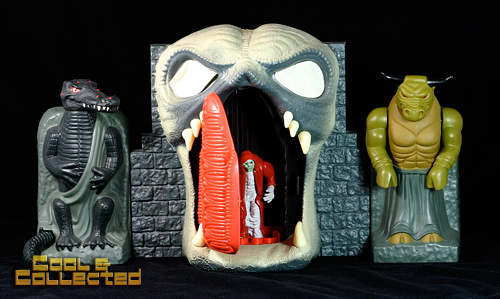 This playset is so great looking, but it doesn’t have any battery-operated sounds or lights. The center platform spins around, transforming Mumm-Ra from old and decrepit to all-powerful. The eyes and teeth glow in the dark, which is kind of cool and creepy. The alligator tail moves and the arms on the bull figure also move via levers on the back side. 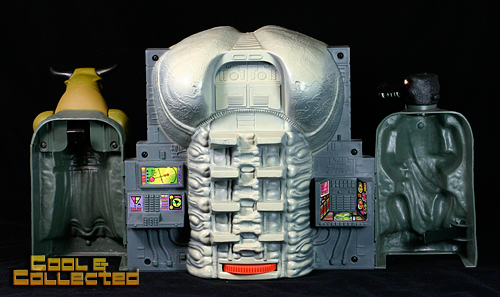 It’s been a while since we’ve seen a decent playset produced. With the new Thundercats cartoon airing now, Bandai has released some pretty nice action figures

. I wonder if a playset is in the works.