In 1971, General Mills Cereals introduced Count Chocula and Frankenberry to the world. Boo Berry soon followed with his release in 1973, along with Fruit Brute (who was discontinued in 1983). Frankenberry cereal was the clear favorite by kids everywhere because the pink dye used to color the cereal did not break down in the body, so let’s just say, it went in hot pink and came out hot pink. True fact.

At some point in the 70’s, General Mills offered some terrific figures as a mail-away promotion: 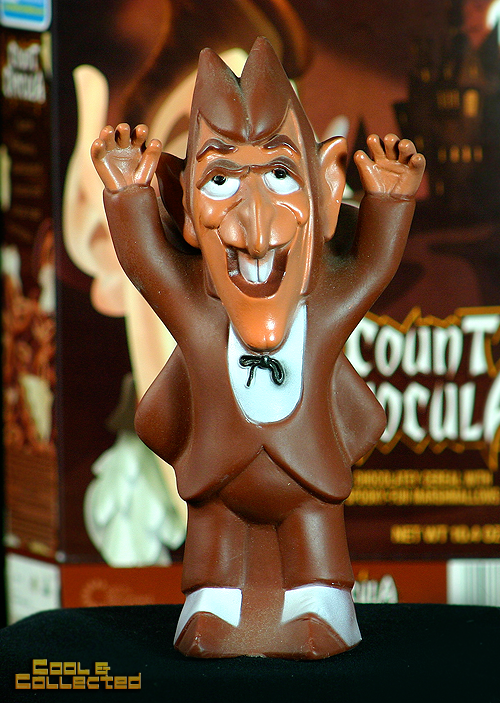 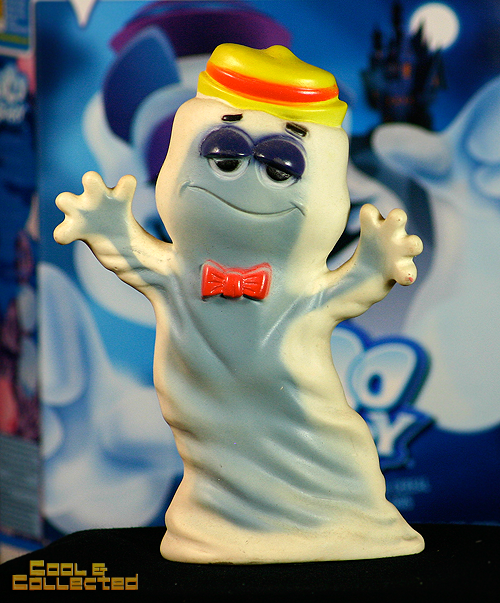 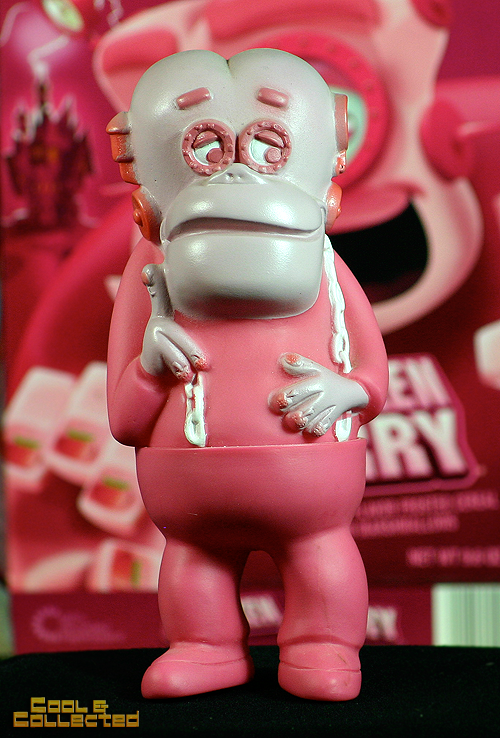 The figures are soft vinyl and are a little over 7″ tall. You can find them every now and then on eBay

but I was lucky to find them as a set a couple of years ago. I also have Fruit Brute, but I’ve never really considered him on the same level as the main three characters.

Anyone else remember watching cartoons on Saturday morning, you know, before they had entire channels devoted to cartoons 24/7, and seeing commercials like this one:

There is no shortage of love for the monster cereal characters, and you can find new vinyl figures,

bobbleheads, and t-shirts on store shelves today. Great mascots can promote a company for decades, and General Mills certainly struck marketing gold with these guys.