Okay, so that headline probably got a lot of Star Wars fans to click through, but one thing I’ve learned about blogging is that if you mention Star Wars, your site traffic explodes. Sorry to disappoint but I’m not talking about “Commander Cody.”  Nope, I wanted to show some of my all time favorite Mexican lobby cards, which feature the Commando Cody from the 1950’s Republic Serials.

This first card for Robot Monsters of Mars is possibly one of my favorite cards in my collection. The artwork is jam packed with action, and I love how the typography is intertwined with the images. The photo is awesome with that goofy tin can robot waltzing into the room.

This card for Radar Men from the Moon shows an iconic rocket ship in the photo that is reminiscent of the ships seen in most of the spaceman movies of the 50’s. I also dig the radar men in the lower right. 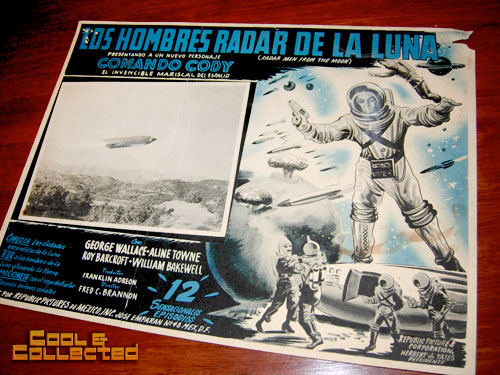 Every time I see the picture in this card for Enemies of the Universe, it makes me think of Captain America’s sidekick, Bucky. 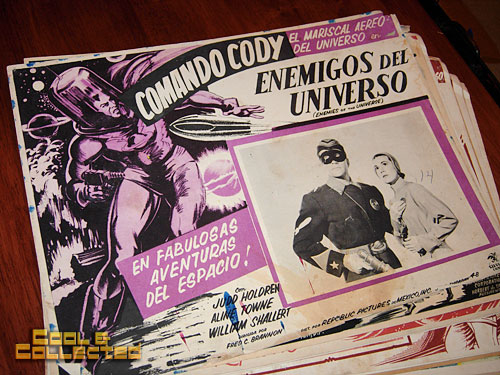 This card for Captives of Zero Hour, reminds me of the old Flash Gordon art by Al Williamson. 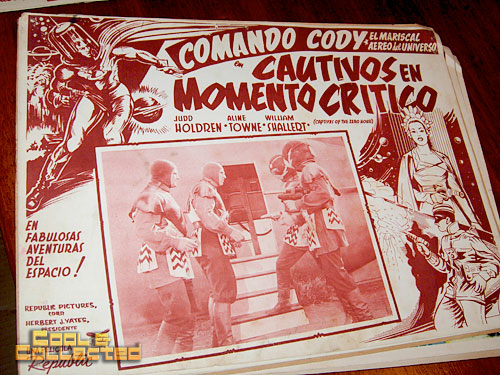 I feel bad about duping the Star Wars fans, so here’s a nugget to make up for it: the Star Wars Clone Wars character of Commander Cody was actually named after Commando Cody and even has a similar jetpack as his namesake. George Lucas was a big fan of action serials in his youth, and Commander Cody is an homage to the fond memories of one of his childhood heroes.

If I was a child of the 50’s, I would have saved every penny from my paper route to see all the chapters in the Commando Cody Serials that Republic produced. It is probably just seen as fodder for Mystery Science Theater 3000 these days, but can you imagine what it must have been like for kids back then?