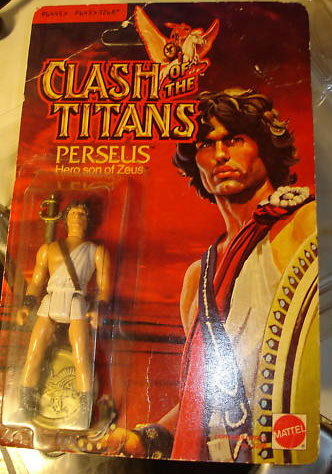 This vintage Perseus figure from the original Clash of the Titans movie sold for $44.44 over the weekend on eBay

Obviously, the best time to sell items from your collection is when the market is on the upswing. A variety of factors can make an item hot. In this case, the movie being re-released has caused a surge in prices for items from the original movie. Iron Man was unheard of by many non-comic book fans before the first movie, now he is earning Batman and Spiderman’s numbers at the box office.

So, keep an eye out for upcoming movies, TV shows and books, and you can get a pretty good idea of what might be the next big thing in the collecting world. Got any Jonah Hex comics or old Tron figures. Hold onto them a bit longer.