Following the Devastating weather events of the past year, including Hurricane Sandy, Bill Faries, owner of M.A.S.K. action figure fansite Matt-Trakker.com has put together a benefit event to raise funds for those affected by the storms. He has collected an assortment of memorabilia signed by the voice actors from the original M.A.S.K. cartoon series to be donated and sold at a special benefit auction event. 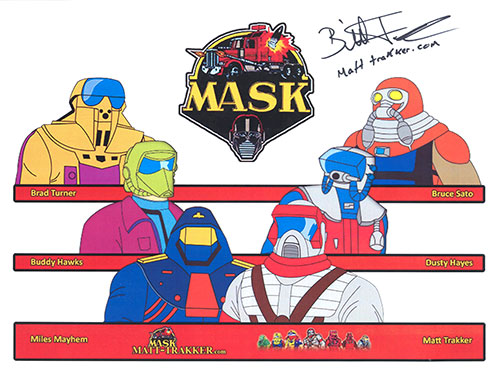 Pieces include Cartoon Animation, Specially created Vector Art, and vintage M.A.S.K. Toys. They will be auctioned off as part of the TheBigToyAuction.com’s Spring ToySplosion Auction Event with 100% of the proceeds from those items being donated to the American Red Cross. As a special offer, all bidders winning one of the benefit items will also receive a never-before-released special edition M.A.S.K. figure (limit one figure per winning bidder). 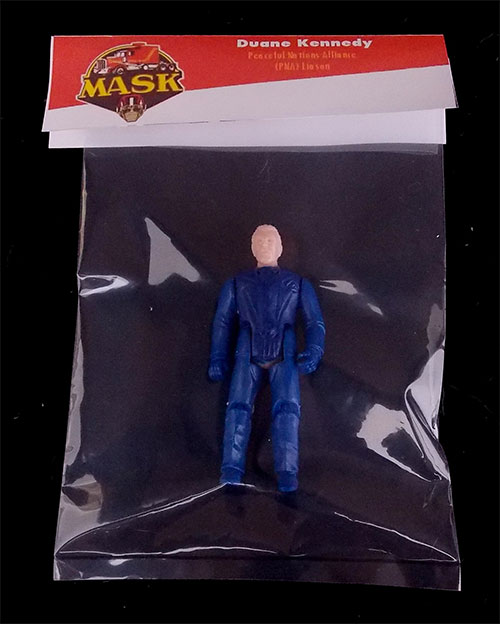 The bonus figure for this event is PNA agent Duane Kennedy.  Similar to the fabled Shark vehicle with Gloria Baker, this little-known character from the TV Series and Comic Book was never released commercially until now and is sure to be a hit with hardcore fans of the series.  Sculpted by The Angelforge (http://theangelforge.com/) and Cast by Star Wars Geek Customs (http://starwarsgeek.net/), this piece is limited to just 50 figures worldwide and will be made available only through the auction. The figure is released polybagged in prototype colors.

The auction event will be held on Wednesday, June 19th beginning at 6:00 PM EST and will be Live-Streamed to allow Interactive Absentee Bidding. Auction Preview, Registration, and Pre-Bidding are available via online Catalog at http://TheBigToyAuction.com/MASK.html

Those interested in creating or contributing to the event may contact the auctioneer at admin@TheBigToyAuction.com. Those wishing to donate directly to The Red Cross can do so through their website at http://www.redcross.org/.