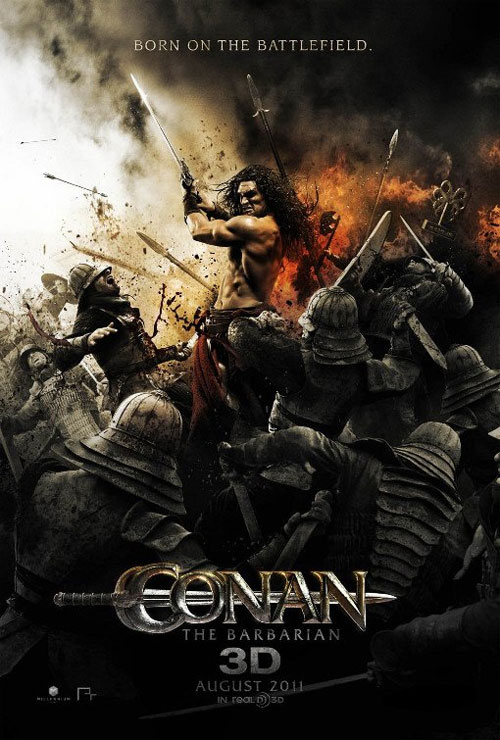 Last night,  I went to movie on opening weekend. I never do this. I’m old, I don’t like people and crowds, especially teenage crowds, but it was for Conan. I felt obligated to give my money to the cause and support a franchise that I love.

The movie received horrible reviews, and my expectations going in were very low. We went ot the 7:30 showing on Sunday night, making sure to get to the theater early, expecting difficulty in finding a seat due to the large crowd of Conan fans. There were eight people in the theater. Eight! I actually walked back out the doors to check the marquee to make sure we were in the right theater. The movie was beat at the box office by The Help, Rise of the Planet of the Apes, and Spy Kids 4, and made a lousy $10 million, so it might be another 20 years before we see our beloved Cimmerian in theaters again. sigh.

The first ten minutes of the movie were actually pretty great. If you want to see it, here it is…

There, I saved you 12 bucks and two hours of your time. Seriously, this scene is the best part of the movie. Too bad Conan had to grow up.

Okay, now I’m going to say SPOILER ALERT as I talk about details of the movie. If you don’t want to ruin the surprise, stop reading here. I’m going to just write this post stream of consciousness-style because it really isn’t worthy of a polished review…

Sadly, the movie wasn’t very good. if you’re a Conan fan, you are obligated to see it, but wait for Netflix. I had really low expectations for this re-make and unfortunately they were met, and if you were one of those other seven people in the theater, let me know what you thought of it.