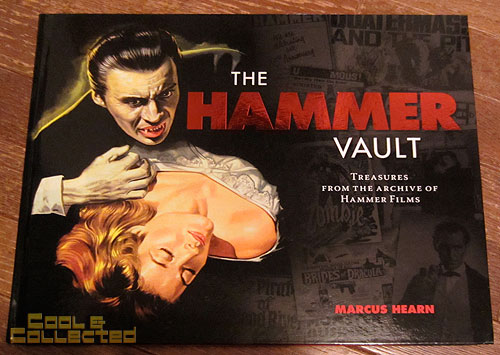 by Marcus Hearn will be hitting store shelves soon, and if you’re a Hammer fan, then you will definitely want to add this to your library. This book is a treasure trove of Hammer’s history, and details what was involved in producing the company’s films from their inception in 1954 all the way up to their latest release, Let Me In. 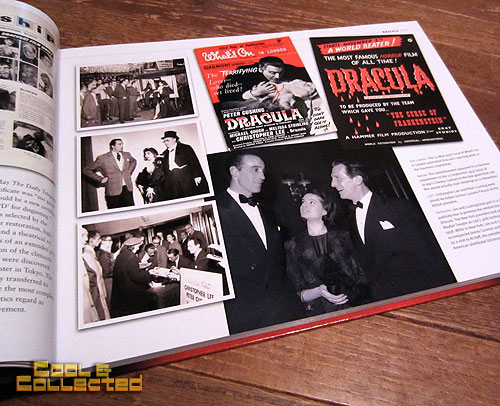 The book is designed like a scrapbook, displaying production stills, behind the scenes photos, and handwritten notes, alongside posters and lobby cards that were used to promote the movies. Each photo has its own caption, which gives the story behind the image. The scrapbook layout lends itself well to presenting this sort of material–you almost feel like you’re sifting through the archives yourself, with each page revealing more treasures and nuggets of information. 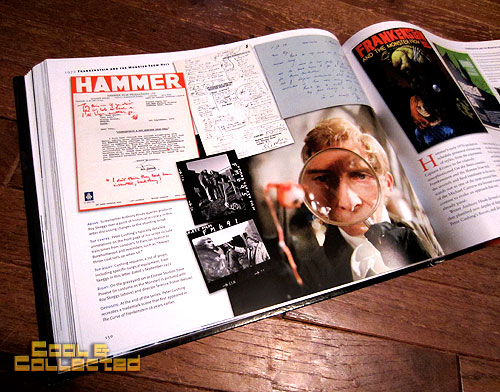 There are plenty of handwritten notes and letters throughout the book. There are also scripts that have annotations written by the actors in the margins. 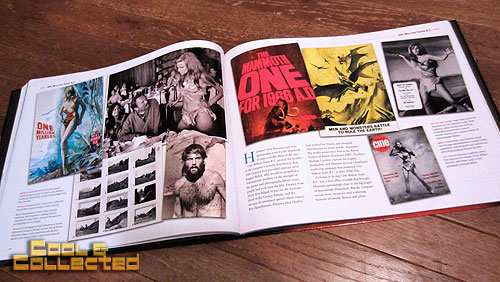 Being a movie poster buff, I particularly enjoyed seeing the artwork of all the posters and lobby cards, including many unpublished concepts. Hammer built a reputation on pushing the limits of sex and violence, and some of their later posters would never appear in U.S. theaters, but they are well-represented in this book. The squeamish and prudish might want to look away — since this is a family-friendly blog, I chose not to include some of the more salacious images, but don’t worry, they’re in there. (It really wouldn’t be a very good Hammer archive if they weren’t!) 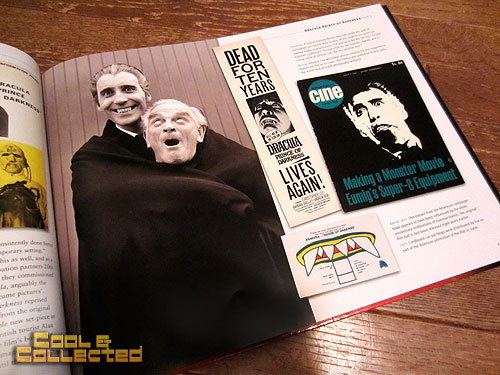 I loved this page with Christopher Lee in a lighter mood, alongside some promotional vampire fangs that were handed out in the theaters.

If you are a Hammer fan, The Hammer Vault

will definitely satisfy your blood lust for information on the legendary house of horror.