M&Ms seemed to embrace the Fall season more than the Halloween holiday, which is a bit of a disappointment. Each of their large candy bags is decorated with one of the M&M characters dressed in an autumnal outfit. I guess the logic is that packaging that can last a full season is a smarter move than packaging for single holiday, but come on, it’s candy! Make a Halloween promotion for it!

I think I saw a Frankenstein bag in one of the newspaper circulars, but I couldn’t find one anywhere, so i have no proof that it actually exists anywhere other than in my head.

Spongebob Squarepants Fruit by the Foot 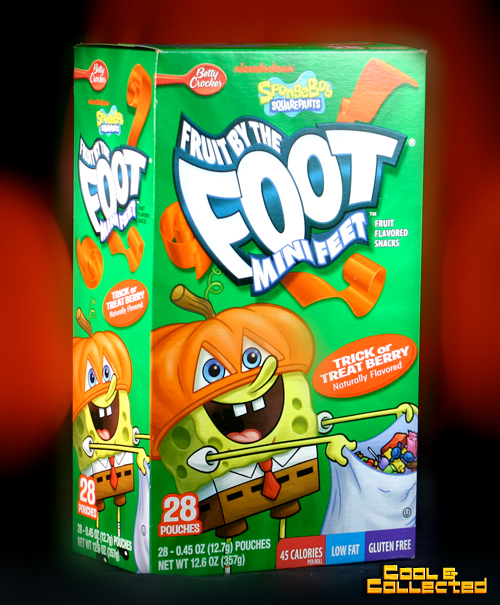 I love this package, since it captures the joy of Halloween better than most of the others. This box would be a welcome addition to any Spongebob collection out there. Spongebob wearing a pumpkin mask works really well and the small packaged treats would be well-received in the trick or treaters’ candy buckets. 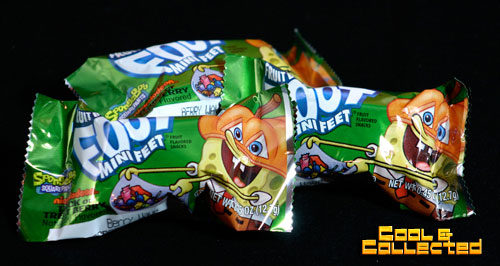 Many of us wait anxiously for Fall to arrive and for these guys to show up on store shelves — Frankenberry, Booberry, and Count Chocula are old favorites. The front of the boxes look great and the back has a comic strip with the characters. 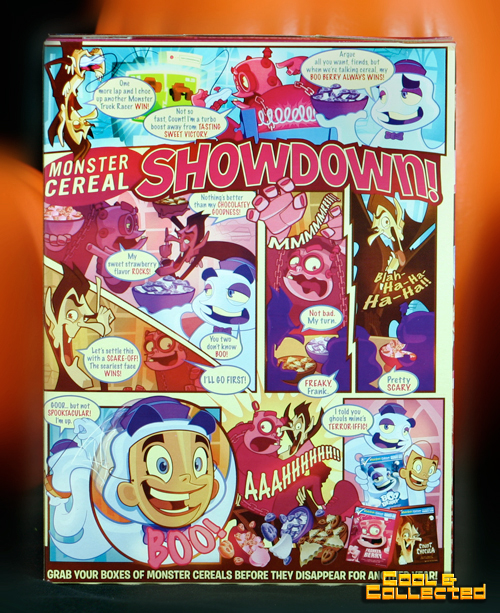 It would have been nice if there was a different comic on each cereal, and I would have liked a little more thought put into the front illustrations. I like it when the cover shows the actual product, so a bowl of the cereal along with the monsters would have been nice, but maybe the designers wanted to be different this year. No doubt, these will be a great addition to your cereal box collection. 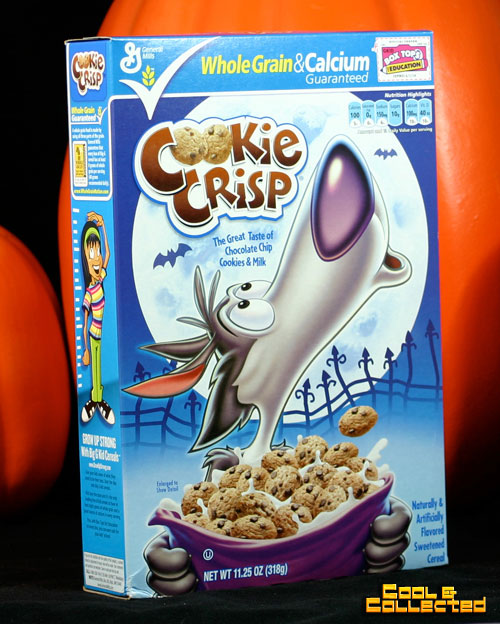 It looks like the Cookie Crisp folks wanted to ride the coat tails of the other General Mills monsters this year. I’m not sure if this wolf is a regular on this cereal’s packaging, but it sure looks like the designers were peeking through the keyhole of the Boo Berry’s and Count Chocula’s art department. The front of the box looks similar to the other GM boxes, while the back has a Jack ‘o Lantern cut out activity. I’ll give them credit for trying. 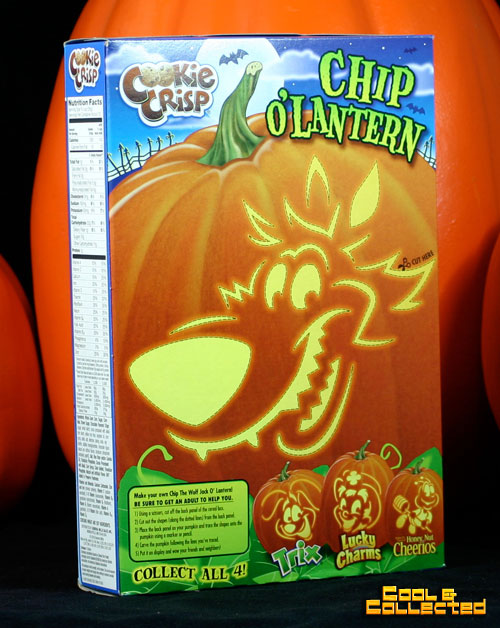 I’ve got one more batch of Halloween goodies to show you tomorrow, and it’s a good one, so stay tuned!