Picking up with where I left off yesterday, Here are some more great Halloween promotions on store shelves this year… 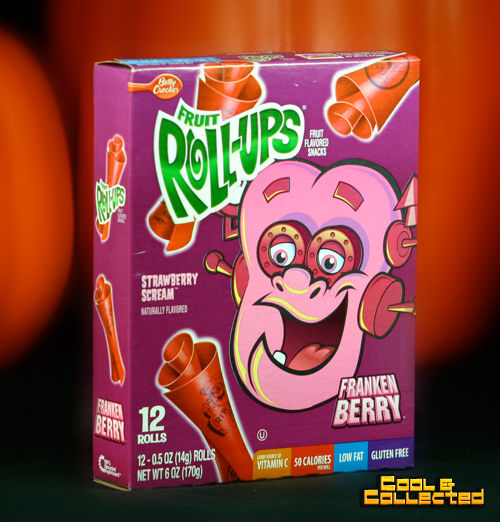 The folks at Fruit Roll-Ups thought it might be a good idea to repurpose the cereal monsters to promote their product this Halloween. I’m not sure if this has been done before, but I guess I can get onboard. I love Frankenberry and Booberry, and they both got their own roll-ups, though I didn’t see a Count Chocula version, which is probably for the best since the last time I checked, chocolate was not a fruit. I think the designers could have done more with the box art than just placing a giant illustration of the monster’s head, but it’s not awful. It certainly gets your attention on the store shelves. 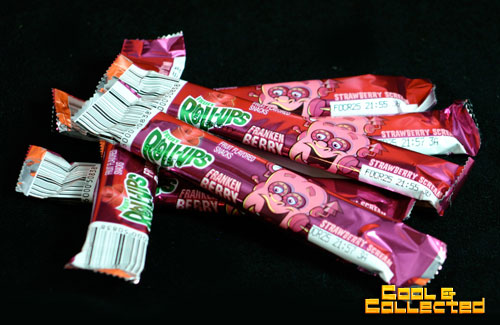 I do like that the roll-ups have an image imprinted on them, though if you’ve ever tried to unroll one of these suckers, you know that it’s almost impossible to do so without stretching them and tearing them to bits.

Frankenberry has a pretty good collector base, and I could see these boxes winding up on a die-hard collector’s shelf. 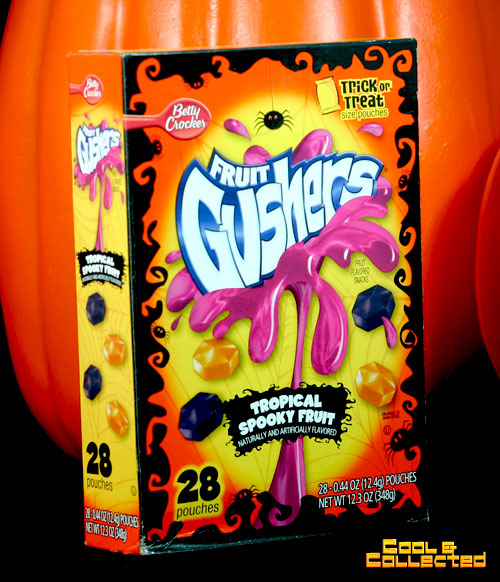 The Tropical Spooky Fruit flavored Fruit Gushers package gets an A in my book. I love that purply-pink blood splash on the flame orange background. There are creepy critters and cobwebs too. The fruit snacks themselves are just these hexagonal bits, but the package is pretty solid.

Despite the great art, I doubt this package will be stashed away by many collectors since it doesn’t have any character tie-ins, and it doesn’t even mention Halloween other than a Trick or Treat reference. 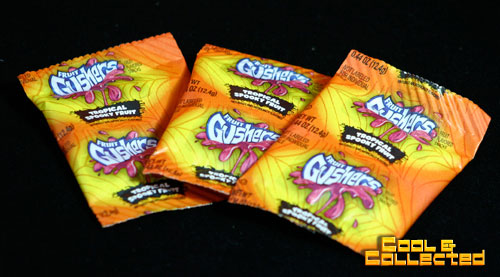 I wouldn’t mind seeing these in my kids’ candy buckets this year, and they might not even realize it’s naturally and artificially flavored “fruit.” 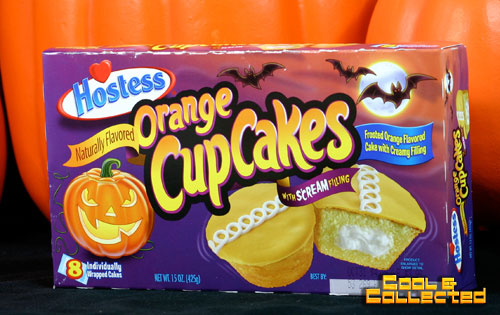 The box art of these orange pumpkins is pretty good. Hostess put a lot more effort into these than they did on the DC super hero ones I showed you yesterday. It looks like Hostess even hired a copy writer for this package — see that “S’cream” filling? I like the creepy jack-o-lantern and the bats, and I also like how animated the cupcakes look with the custom lettering. Nice box. Collectible? Maybe.

You want to know what IS collectible? These guys right here. These mini soda cans are just perfect. The designers of this campaign did an excellent job to make the container something that would be talked about and sought after. If I was hosting a Halloween bash, I would want these cans in the cooler. The stylized characters seem like they were made for the color of these products. Kudos to the designers for creating a memorable campaign out of non-licensed characters.

Another “bonus” of these cans is their color-changing ability. They’re supposed to change to blue when they get cold, but here is the less than spectacular result I got… 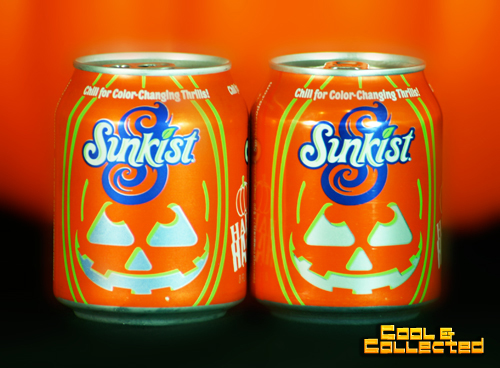 Can you tell which one is cold? Yeah, me neither. But I don’t care. The cans are so great, I can look past that and think about how I might display these in my collection. There are lots of monster collectors out there, and there are plenty of can collectors, so these little fellas are sure to be stashed away. So, go get them while you can! (Get it? Can. .. while you CAN. Somebody stop me!)

I’ll be doing another one of these posts tomorrow, so come on back and see what other Halloween goodies I found lurking on store shelves.