One of the joys of having kids is that I get to go to the toy store — a lot. Sure, I usually don’t even take the kids, but at least I have an excuse to spend twenty minutes in the action figure aisles. Okay fine, I go because I like to look at all those wonderful toys and see what might be the big collector’s item of the future. (Plus, I like Legos.)

Anyway, here are some of the fun things I spotted on the weekly trip to our neighborhood Toys R Us… 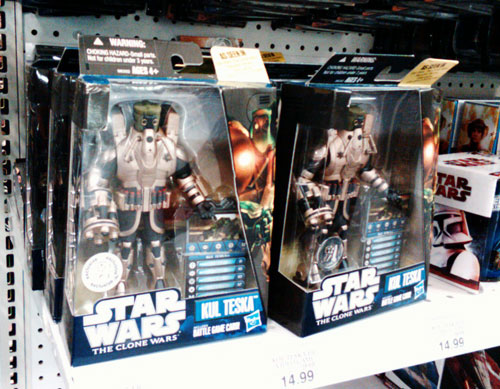 Here is a Toys R Us exclusive Star Wars figure for Kul Teska. Apparently, this guy showed up on an episode of the Clone Wars at some point. Is it just me, or does the Star Wars franchise offer just too damn much merchandise? As a collector, I wouldn’t know where to begin a collection if I were to start one today.

I’ve had my eyes on this Neca Big Daddy figure for a while now, but just can’t plunk down $20 for it. It’s totally worth it, but I don’t collect modern action figures, so I just took him for spin around the aisles a few times and then it was back to the peg for him. Sorry, big guy. 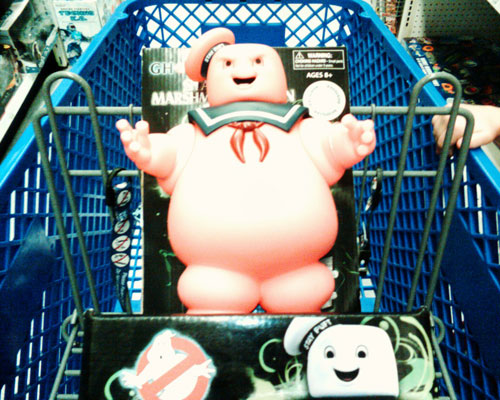 This giant pink Stay Puft marshmallow man caught my eye. I did a double take because he was sitting next to a bunch of white marshmalllow men. I thought I had found a serious production error or variant, but apparently, he’s the angry version. This guy would certainly make a statement sitting on the shelf. 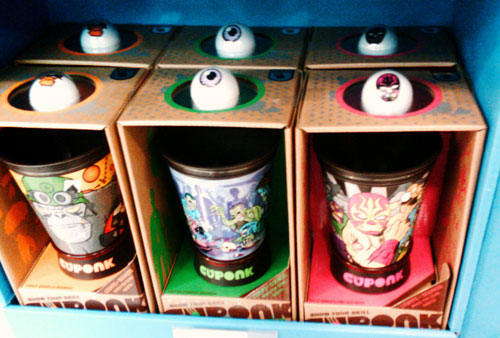 For all you parents out there, trying to prepare your kids for college, I present you with: Cuponk: Beer pong for kids. You doubt me? Well, watch the commercial:

Anyone else find any goodies this weekend?