My oldest son just celebrated his birthday and since the young lad is of mine own blood, he has a fondness for the wonderful world of super heroes. The theme of his party was the Dark Knight himself, Batman, with the highlight being this colorful piñata found at the local party goods store.

Never has the pointy-eared hero looked so tough, as he did on that day, hanging by a thread in our living room. Six five-year olds with baseball bats circled the fearless hero. He waited there unflinchingly… 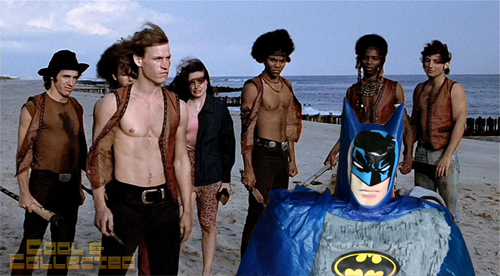 Plastic bats battered our hero relentlessly until all the energy ran out of the little arms, leaving our hero in this state… 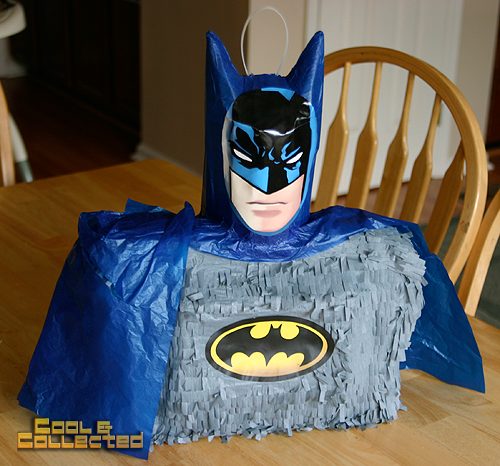 What the…? Other than a slightly torn cape, he is unscathed! No blood, no bruises, no gigantic holes ripped through his chest, spilling his candy and toy-filled innards all over the carpet. What gives?

We resorted to having to pull the colorful streamers on the bottom which released a hidden trap door on the bottom, and then the mad grab for the loot finally arrived. 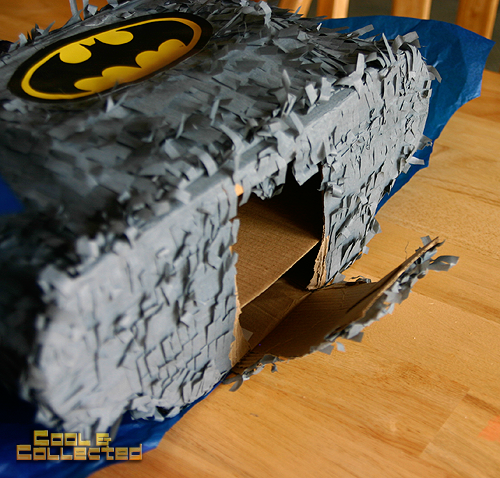 Anticlimactic? Yes. But once the kids got their candy, they didn’t care about the means to achieve the end. 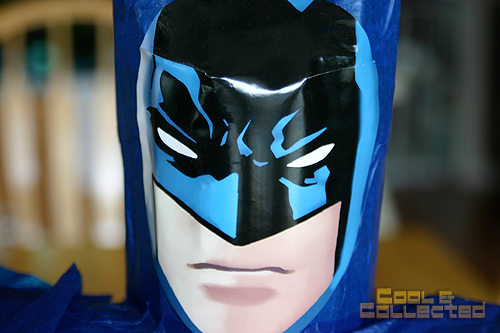 ADDED BONUS: Now, I have a giant Batman piñata to add to my Batman collection. Woot!