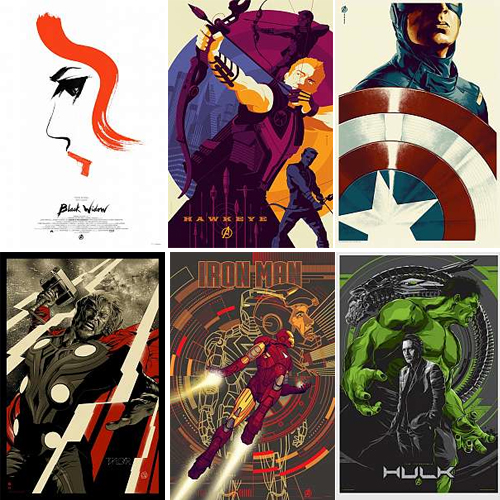 The final posters in Mondo’s Avengers series were revealed today, and the Avengers have officially assembled.

While each of these posters is fantastic in its own right, I really wish Mondo would have gone with one artist for the series.  It would have been great to see a series similar to Olly Moss’ or Tyler Stout’s Star Wars posters, where they formed an incredible montage when shown together. These Avengers posters really are standalone prints.

After seeing the final results, I think Martin Ansin (Thor) or Phantom City Creative (Captain America) could have put together an incredible set.