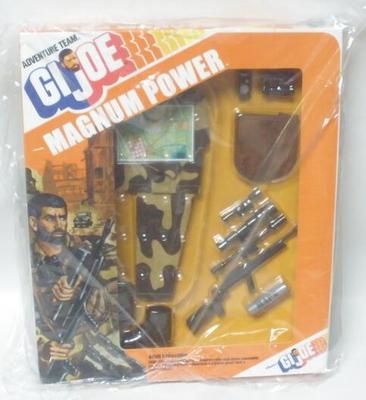 For nearly 50 years, “America’s Movable Fighting Man” has been one of the most loved and top-selling Action Figures, with a strong following even today. The GI Joe Brand has managed to stay popular across generations as it reinvents itself in media ranging from Comic Books to Toys to Cartoons and even big-budget blockbuster Movies.

Yet, despite his ubiquitous popularity, GI Joe has never seemed to get the respect he deserves from the serious collecting community. Antique Tin Toys and Trains have been known to routinely bring upwards of hundreds of thousands of dollars at auction. And while even Barbie collectors will often spend thousands on rare pieces, Old Gi Joes are often relegated to tag sales, bargain bins, and sometimes even the trash as “kids things” to be thrown away.

With few exceptions, like the 2003 sale of Former Hasbro Vice President Don Levine’s original GI Joe Prototype, which sold for over $200,000, it has been relatively rare that the brand has gotten much attention within th. But now, Christopher Noon, founder of TheBigToyAuction.com has decided to give G.I. Joe the spotlight with his very own Live-Auction event streaming live via the internet Sunday, January 23rd at beginning at 3:00 PM EDT.

“Toys are the one thing nearly everybody can relate to. Most of us grew up with Action Figures of some sort, and they bring with them childhood memories. For those of us that grew up in the ’70s and ’80s, playing with these things and watching them on tv, there’s a kind of automatic bond there. I may not know you and you may not know me, but we both know who G.I. Joe or the Transformers are and that sort of brings us together,” says Christopher Noon, Auctioneer and founder of TheBigToyAuction.com.

As those kids have grown up and seek to reclaim their own childhoods, they have begun to search out those toys they loved as kids and that mom probably threw out years ago. TheBigToyAuction was designed specifically with them in mind. The new Live-Auction event combines traditional Live-Auction calling with Streaming Internet Technology to meet the needs of those adult collectors. Rather than spending weekend after weekend at estate sales and Household auctions waiting for a few toy lots to finally go up on the block, Noon created TheBigToyAuction.com as a way to bring all of those Action Figures to buyers all in one place. The special software allows bidders from around the world to hear the auction live as each item goes up for sale and submit bids to TheBigToyAuction via the internet. TheBigToyAuction staff then automatically relays those bids to the auctioneer until bidding is exhausted, and winning lots are then shipped out to the winners.

“A lot of these collector’s are already used to meeting up and interacting via internet chat boards,” says Noon. “What we’ve been able to do is extend that community to let them all come to the same place as if they were all in the room for the auction together. It lets them get the toys they’ve been looking in an Auction setting they wouldn’t ordinarily encounter, and enjoy a social aspect of the event as well. The software is pretty seamless, too, so it’s like they’re bidding right next to one another, even if they’re 1000’s of miles apart.”

The inaugural event for the BigToyAuction was held Dec, 5th, 2010, and featured a number of Action Figure lines including G.I. Joe, Transformers, and He-Man. Feedback from attendess and Auction consigners was so overwhelmingly positive that Noon decided to continue with a series of more Live-Auction events, each focusing on a specific toy brand. The Jan. 23rd sale features a mix of Joes from various lines throughout the years, including Adventure Team figures from the ’60s and ’70s, their smaller “A Real American Hero” counterparts from the ’80s and ’90s and even modern figures leading right up to figures designed for the recent Big Screen Movie. Future events promise even more diversity including Star Trek, Star Wars and Space Toys, and even a special Auction designed to celebrate the popular explosion of Robot figures through the early ’80s.

“We had our first big event back in December, and it was so successful that we decided to start to have sales focusing on each collectible brand to meet the demand. What better place to start than with the Grandfather of all Action Figures himself – GI Joe.”