Mike and Frank start this week’s episode with a visit to a Missouri steel plant owned by Stan and his son, Sam, who looks like he walked off a UFC title bout. Stan and Sam show the pickers around their expansive plant with the help of some high-speed golf carts, which prompts Mike to call this a “NASCAR pick.” 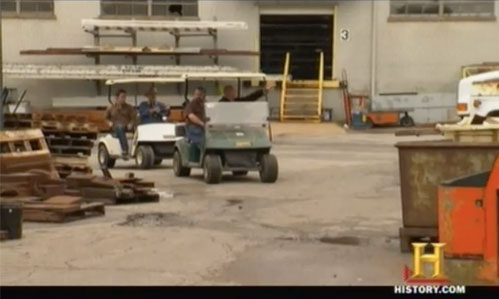 Negotiations start a little rough when Stan wants $2,500 for an old street lamp that’s missing most of its parts, but Mike breaks the ice with a much more affordable swing arm lamp priced at $50. The pickers end up buying a bunch of signage letters for $50, a 6-blade brass fan for $40, and a cool post office cabinet full of old mail boxes for $100, which was quite a bargain. Frank also finds a strange brass and glass contraption that is a mystery to him, but he is confident that it’s worth something, so he buys it for $50.

Sam has a life-size Spock bust and a poster  of Scarface in his office and plenty of cool stuff tucked away in the corners. One item is a polarimeter, which is used to measure the sugar content in alcohol. Frank buys it for $40.

Mike and Frank return to the shop and call George, an appraiser, to inform them what they just bought. The brass and glass mystery item turns out to be an old telegraph relay for sending a fire alarm, and is worth around $300. The pickers learn that the polarimeter would have been used in a factory or a research lab, and is worth $300-500. 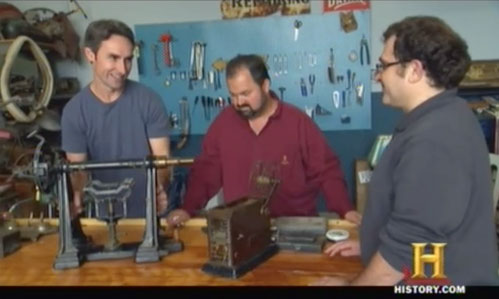 Mike and Frank decide to do some freestyle picking and issue a challenge to Danielle — sell the 1950 Studebaker, and they will buy her dinner anywhere she wants.

The pickers drive down the road and see an old car for sale on someone’s lawn, and use it as an invitation to pick. The family that lives on the property is in the middle of preparing for a huge auction, so the timing is right for Mike and Frank, and they get to work. 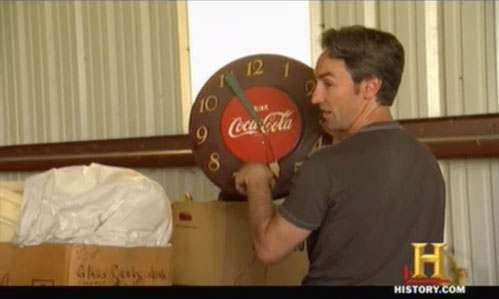 Mike finds a large Coca-Cola clock and the owner says he’ll sell it for $10. Mike is a bit surprised and tells the owner that he is going to “school” him a bit. The clock is worth $150, so Mike offers him $70. Mike and Frank decide this is a good “teaching moment” and an opportunity to give back a little and don’t cherry pick all the good stuff prior o the auction. Instead, they point out items that will be a big draw for bidders and help to arrange the lots for maximum sale prices. Frank gives a feel good quote of the week: “It’s not all about money, it’s about kharma. And treating people fairly goes a long way.” It looks like the good folks at the History Channel did some focus group tests after the first season.

This was sweet and all, but there is no way the Mike and Frank from season one would have ever done this. In less than 20 minutes, they would have had a van full of goodies, while the family would look like a freight train had just rolled through their property. This was much easier TV to watch, but for all you pickers out there, just cover your ears and close your eyes, until you get your own reality show on cable. 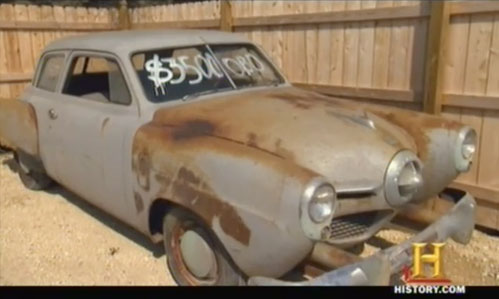 Danielle is trying to sell the Studebaker, and we get to see a good bit of her in action. Danielle is the most likable character on the show and should be utilized much more. She can actually “act” since she is entertaining even though she is usually alone. Send her on a pick, already! She’s seen enough “rusty gold” to know what’s good and what’s garbage. It’s not rocket science, and she could use her charms to get the best price.

The final pick of this episode is a doozy. Frank and Mike visit retired school teacher, Greg, who is a “psychic picker” and lives in an old police station. Frank calls him telepathetic until Mike corrects him. Greg believes he is psychic because he finds items that relate to other items that he has purchased in the past. For example, he has found photos of some of his items and residences at different sales, years apart. I’m not sure how this makes him psychic, but it is kind of interesting and makes for a good story. 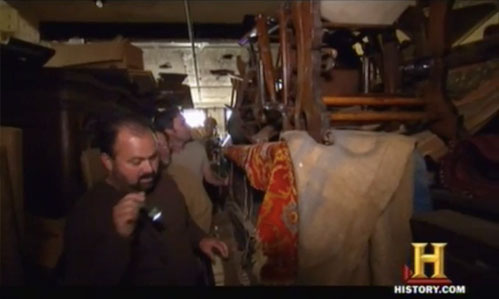 Greg’s residence is packed full of stuff from floor to ceiling. I won’t call him a hoarder though, because almost all of his stuff is really great. He doesn’t have used paper plates and plastic bags piled to the ceiling, he has expensive, ornate antiques piled to the ceiling. Okay, maybe he is a hoarder. He is reluctant to sell just about everything, which frustrates Mike and Frank.

Mike finds a bunch of really cool things, including a master mold for a Charles Lindbergh bust but Greg won’t even give him a price. They eventually do get to buy some items — another old stop sign for $100, a gas lamp for $125, and a slot machine. 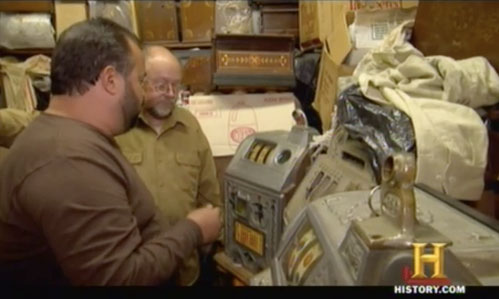 Frank needs to start watching the Pawn Stars to learn how to negotiate. He offers Greg $800 for a slot machine. Greg moans a bit about how he would need at least $1000, so Frank offers $900. Greg moans a little more about how he paid $1000 for the machine, so Frank agrees to $1000. Way to haggle, Frank! 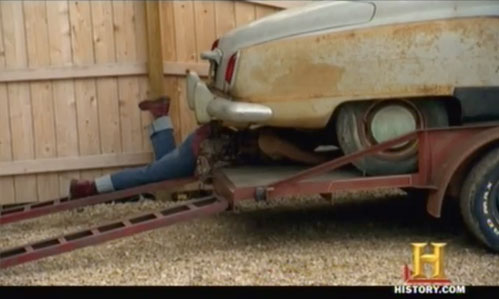 Danielle sells the old Studebaker and we get to see more of her personality as she helps to load it on the trailer. The credits roll while we see Danielle order one of everything at her favorite restaurant. 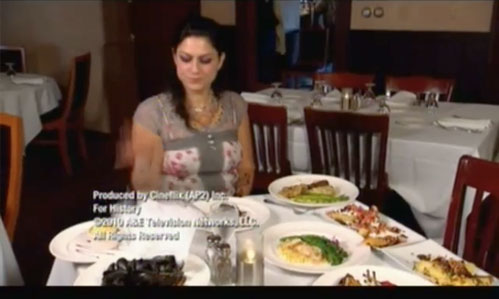 I really enjoyed this episode, and the fact that there was not a single bike or machine was refreshing. The guys picked through interesting places and met some “kooky” characters who were fun to watch. What did you think? Any other psychic pickers out there?