This episode of American Pickers is really an hour-long commercial for the History Channel’s Hatfields & McCoys miniseries which airs later this week. I’m perfectly fine with this kind of promotion–it may be blatant, but the subject matter actually suits the show just fine, so no harm done.

The show starts with Mike and Frank bickering in the shop until Danielle tells them about a potential pick in West Virginia–an area once home to the infamous Hatfield and McCoy families. She is still working out the details but has a hot lead in Georgia, so the guys hop in the truck and hit the road. 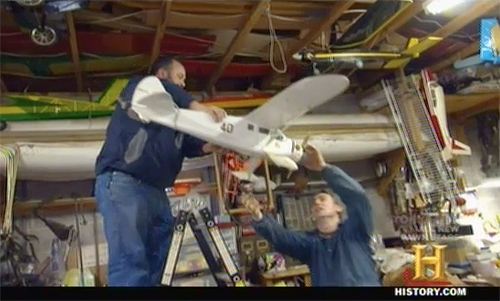 Mike and Frank visit Eddie, a collector who has been accumulating items for 50 years, and has a garage filled with motorcycles and model airplanes. Mike is tempted by a 1948 Indian Chief motorcycle that’s hiding under a blanket, but it’s not for sale. While Frank is looking at an item, Eddie grabs him and menacingly tells him to get his hands off it! Frank and Mike are both wide-eyed until Eddie breaks the tension with a giggle and tells them he’s just joking. Fooled me!

Mike is clamoring through some boxes high on a shelf and unburies an old CB radio — a D-104 from the 60’s — and buys it for $65. Frank has his eye on the sky and wants one of those model R/C airplanes hanging from the ceiling. He buys one for $100, and then gets two more for $325. Also hanging from the ceiling, is a go-cart chassis modeled after a Cobra Shelby, which Frank buys for $130. 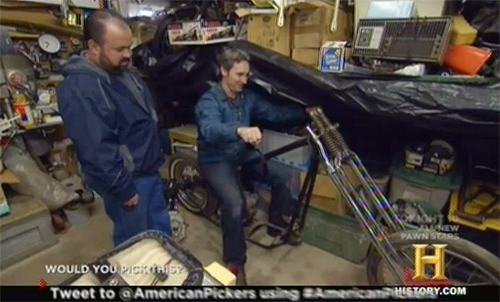 Eddie shows Mike a 1937 Harley Knucklehead that he has hiding under a tarp. Eddie wants $5,000 for the chassis and the motor, but Mike only wants the motor, and buys it for $3,000. After removing the motor, Mike realizes that the chassis is actually pretty nice. He’s lost his leverage for bargaining, but they eventually agree on $1,000 for the chassis, and Eddie is happy that the guys stopped by for a visit. 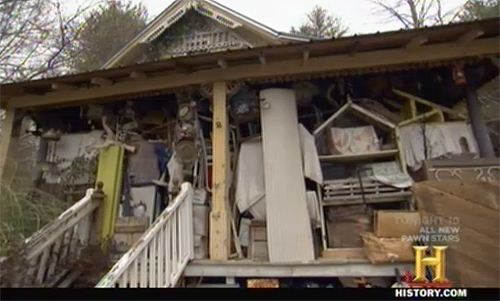 Next, Danielle sends the guys to Jeff who has been picking all his life. Jeff has some property and buildings way off the beaten path just for all his finds. The porch on the house is so crammed with stuff you can’t even see the front door! Mike spots an old, rusty gas pump sitting on the lawn and offers $200 for it. Jeff is reluctant to sell it and goes on to be reluctant to sell just about anything.

Mike and Frank find some interesting items such as an old copper moonshine still, and a church steeple, but nothing is for sale. 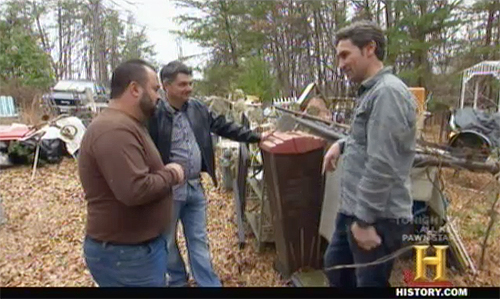 There’s a vintage novelty scale rusting in the yard, and after much back and forth, Jeff finally agrees to sell it for $110 — the ice is broken! The guys go spelunking through a packed shed and Mike buys a porcelain Goodyear sign for $250, Frank buys a UHaul clock for $40, and after that it’s an absolute buying spree. 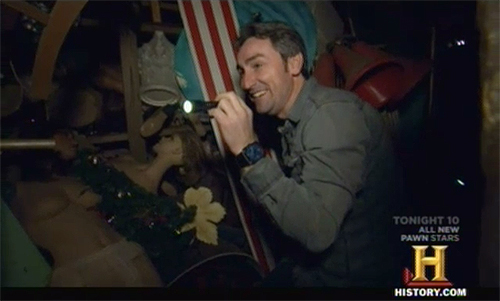 Frank finds an old porcelain sign that once hung outside a military recruiting office that has Air Force on one side and Army on the other. Frank buys it along with a large G.L.F. Farm Supply sign for $300. 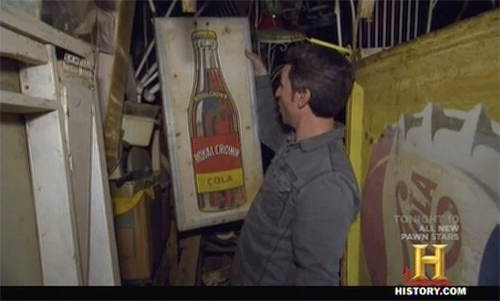 There’s still time for one more sale. Mike unearths two amazing Royal Crown signs and Jeff agrees to sell him one of them, so Mike bundles it with the rusty gas pump for $325.

Danielle calls and tells Mike and Frank to go to West Virginia as fast as they can — the Hatfield and McCoy pick is on! 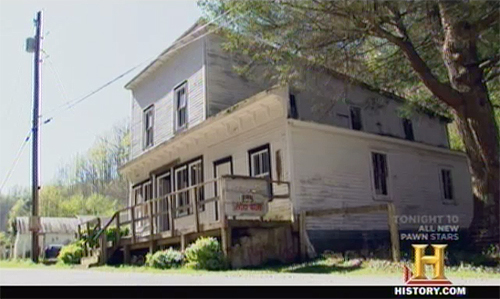 In West Virginia, they arrive at an old general store that has never been picked — it is filled with items spanning the last hundred years. Mike says they’re going into this pick “Calm, Cool, and Collected” Now, where have I heard that phrase before? 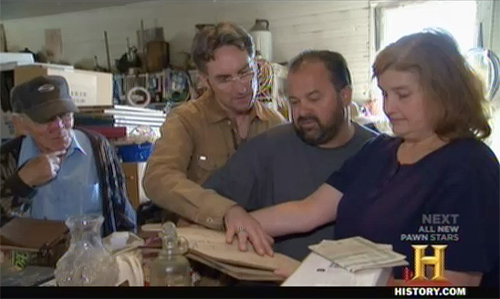 Mike and Frank are hoping to find some  authentic Hatfield and McCoy items. The niece of “Devil Anse” Hatfield used to own the store, but now it is owned by Goldie, who allows Mike and Frank the opportunity to sift through some antique store ledgers which are full of various “Hatfields.” They eventually find “Anse Hatfield’s” name and shopping list in a ledger from 1906, and Mike buys it for $250. Goldie shows them a court summons for “Anse Hatfield” from 1905 which Frank buys for $200.

Hey look, a commercial for the Hatfields and McCoys miniseries! 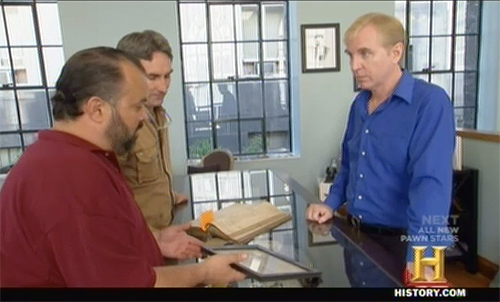 Mike and Frank take their new items to be authenticated by Bill at West Virginia University. Bill tells them the story of the Hatfields and the McCoys and how the infamous “hog trial” started the deadly feud between the families. The summons that Frank bought is in fact, the real deal and is a tremendous find. Frank agrees to leave it with the University for $300 — a much smaller profit than he would have made on the open market — but the item belongs in a museum, so it was nice to see it remain in West Virginia.