This episode of American Pickers begins with Danielle asking Mike and Frank for a raise. Unfortunately, she uses the fact that she is spending too much money on gas money while running errands for the shop as her reason for needing a raise. You will see later in this post why why that was an unfortunate plan of action.

Mike and Frank do a little freestyle pickng in North Carolina and stop at a property with old buses, cars and tractors filling every square foot–it looks like a junkyard. Gene McLaughlin is the owner of the property and offers to show them around–all 17 acres of it!

The first item to catch Mike’s eye is a pair of large, rusty gears from an old cotton mill, and he buys them for $40. After a little more picking, Mike buys a cast iron camel foot step from an old shoe shine stand for $10, and Frank finds a brass Pyrene fire extinguisher for $15. It’s obvious that Gene’s prices are way too low since neither Mike nor Frank are haggling much. 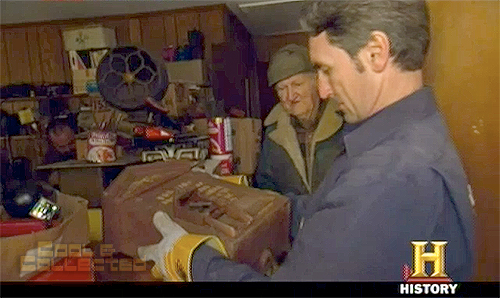 The trio visit another one of the outbuildings which is packed to the ceiling, and Mike buys a brass blade fan for $35, and a neat old cast iron fire call box made by Gamewell for $25. Frank finds a coin taker box that once collected fares on a streetcar and after a little bit of back and forth, buys it for $50.

Outside yet another building, Mike finds a riveting machine with ornate cast iron legs. It’s unusual because it’s not huge like most industrial items, and Mike buys it for $100.

In Gene’s house, Mike and Frank learn that Gene is an accomplished artist and draws incredibly detailed images of steam engines. Mike wants an original drawing and makes an offer of $200 for it, but Gene isn’t interested in selling for that amount, so Mike has to settle for a $100 print. I think Mike probably was feeling guilty for lowballing Gene all day. 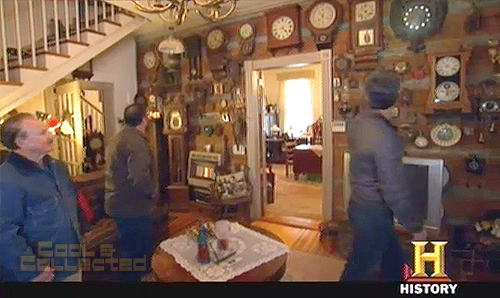 Danielle has a lead for the guys to follow up with — Pastor Cecil — another collector with lots of outbuildings. Every wall in Cecil’s home is covered in clocks — over 300! the first item Mike buys is a 1920’s Daisy BB Gun with the shot tube still in it for $25.  Frank buys an ugly King Tut lamp for $20.

Mike uncovers an interesting antique magnifying glass which was used by clergy members to read the bible on the pulpit. Mike buys it for $200 without any haggling.

Inside a shipping container in Cecil’s yard, Frank buys a tiny printing press for $25. Mike finds a colorful plastic 1950’s pillow radio, that was probably from a motel, and a plastic fix-tuned radio, which was a promo item from a radio station. He buys both for $170. 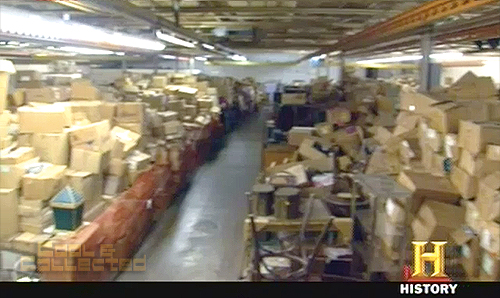 Mike and Frank visit another one of Danielle’s leads, and it’s a pretty big deal. Jeff owns a 500,000 square foot building that is filled with stuff he salvaged from buildings he bought in 30 states! Mike is “junk drunk.”

I honestly don’t know where you would even begin in a situation like this but Mike and Frank get to work. The first quality item they come across is a large 1940’s sideshow banner. On one side, it shows a midget horse family, and on the other there is a pig with an elephant’s trunk. Mike buys it for $1,000. 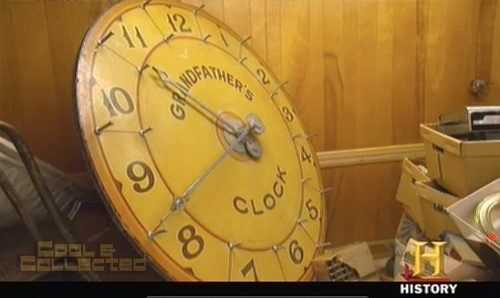 Frank buys some boxes of old baseball cards, knowing that most are worthless, but takes a chance on them for $100 per box. In that same room, leaning against the wall, is an amazing carnival spinning wheel, which Frank buys for $450.

In the garage area, the guys find a 1975 Mini Contessa — a French micro car. Mike and Frank think it would be the perfect solution for Danielle’s gas money problem. It needs a little work but it will be great advertising for Antique Archaeology for $2,500.

While the credits roll, Danielle gets to take her new ride for a spin. Poor Danielle.