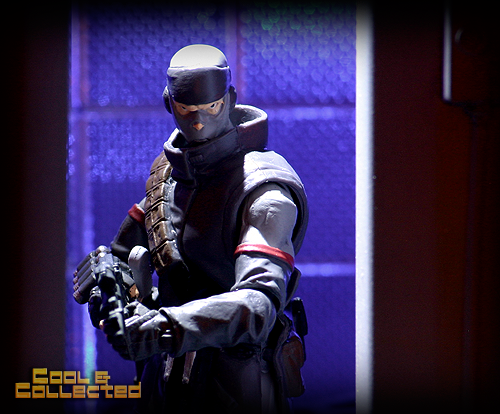 For this photo, I used a clear plastic ceiling tiles for the backdrop, and had some blue Christmas lights behind it, which cast a purplish tone on the figure. I held an LED flashlight directly above the figure to make it look like he’s standing beneath a spotlight. 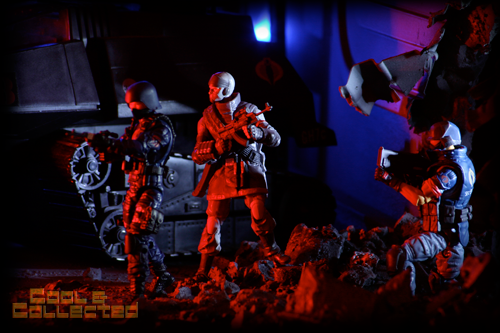 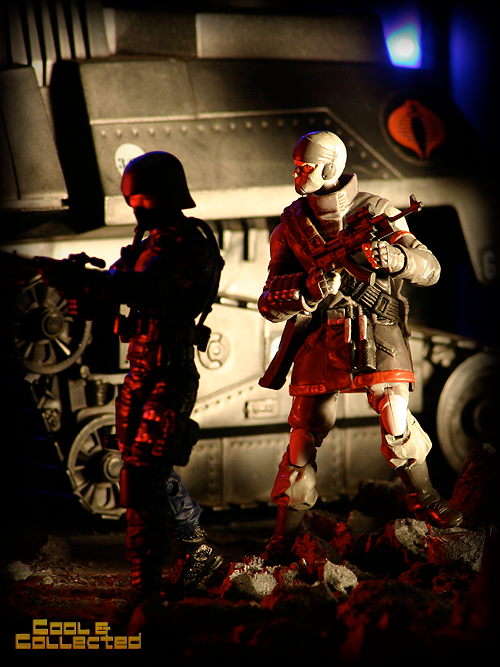 These two photos were taken with an incandescent bulb shining from the right side and a red light bulb from the left. 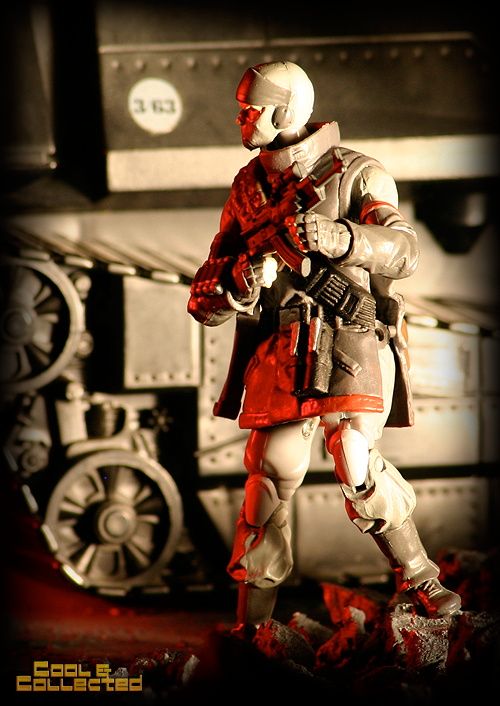 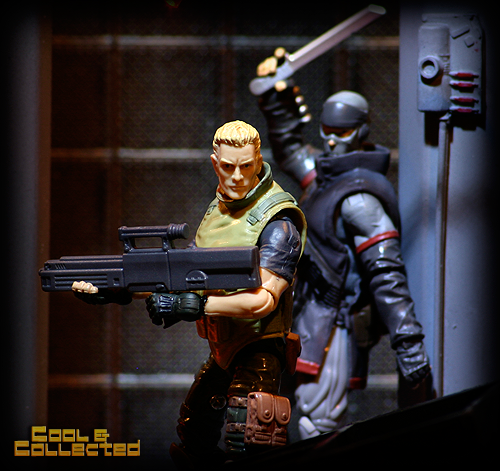 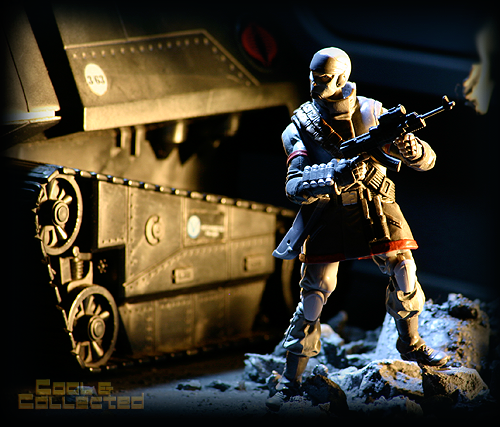 I really like how this shot turned out. I used a regular incandescent bulb on the right side, and a bluish LED flashlight on the left side, and the middle of the figure was left in shadow. The HISS tank absorbed the yellow tone while the figure is cooler, which makes him really stand out. A nice little accident was how the background wreckage almost looks like smoke coming out of the barrel of the gun — totally unplanned, but pretty cool.