Some of the new G.I. Joe action figures are just too tempting on the store shelves, and I’ve been picking them up here and there only because I wanted to photograph them. I’ve also been wanting to play around with different lighting techniques with some of my toy photos, so here are a few images I took of the Techno-Viper this afternoon… 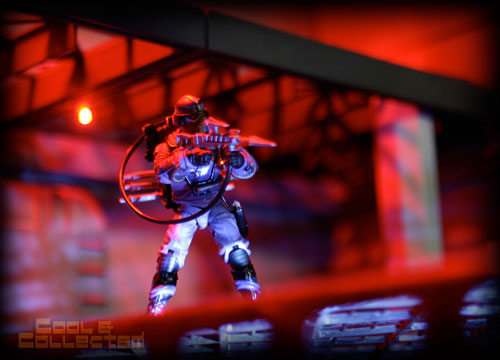 We went to the plant nursery the other day and bought a large flat of flowers. The plastic tray had a great grid pattern, so it was added to my collection of props and was used as the floor in this shot. 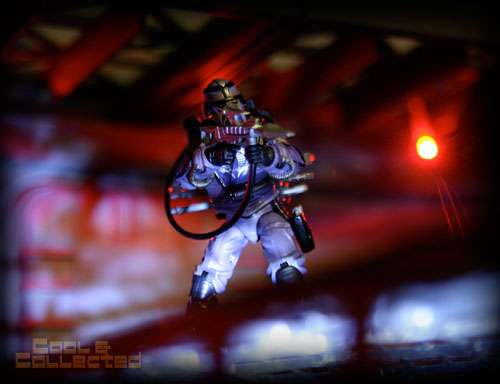 I had some red battery-operated rice lights that I picked up at Christmas time that I have been wanting to use for a while. They made for neat overhead hazard lights here.

I experimented with a red light bulb and an LED flashlight to get some cool purple tones, which accented the figure’s purple outfit. I love a good close-up! 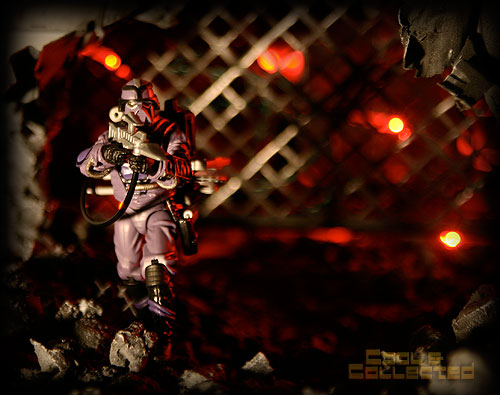 Here’s that plant tray in use as a fence, and the rice lights look like tail lights. (Do HISS tanks have tail lights?) The lighting in this shot was a standard incandescent lightbulb, which is much warmer than the LED flashlight. 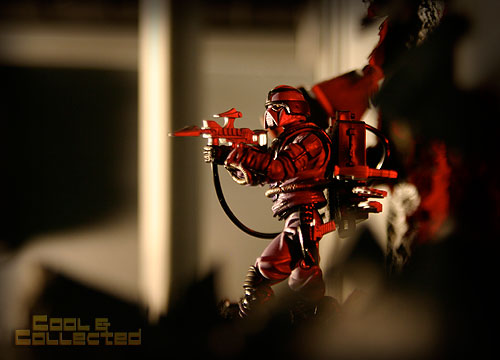 By shining the red light through the hole in the wall, only the figure and its immediate surroundings get lit up with red, which ended up looking pretty cool. 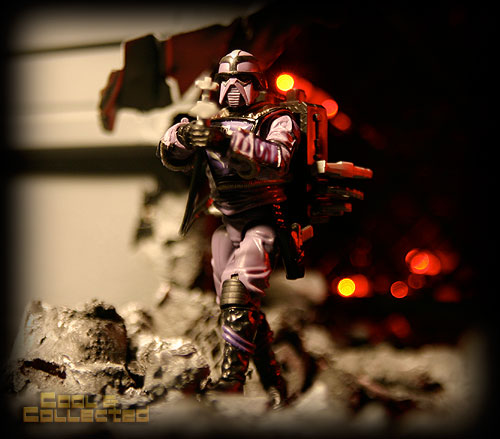 I really like how those lights look in the background and I expect to use them often. I also bought a string of blue lights to try out. 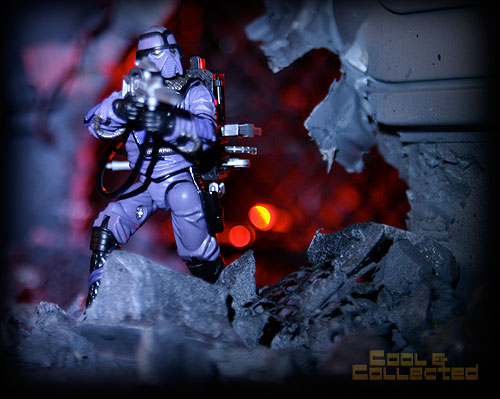 This shot is one of my favorites since it really creates the mood. The LED flashlight was shining from the left and the rice lights were in the background, otherwise the room was totally dark.

Now that I have some good ideas about how to use the lights, I think I need to introduce more than one figure to the scene to experiment with the depth of field. Stay tuned…