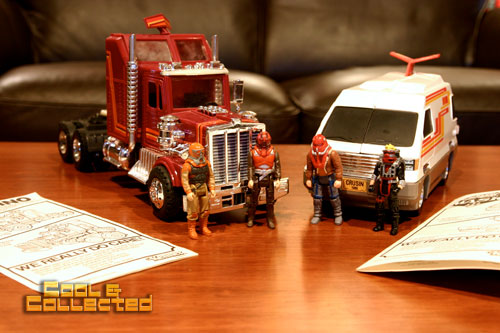 I came across a listing for two 1980’s M.A.S.K. toys on Craigslist yesterday afternoon. The seller was asking $10 for a Rhino and Slingshot, which was a pretty good deal, but I wasn’t sure I wanted to get in the car and miss the Redskins/Dallas game, but then I read the next listing, which was by the same seller, for a bunch of G1 Transformers.

When I was a kid, I was  G.I. Joe and Star Wars kid. True confession: I never owned a Transformer toy, so I know next to nothing about them, but I know a good deal when I see it. The seller was asking $100 for the Transformers, but accepted my offer of $100 for both the M.A.S.K. trucks and the Transformers.

One of these days, I am going to write a book about all my Craigslist transactions. I haven’t been knifed yet, but it’s probably coming. The young lady came to the door in her pajamas (it was late afternoon), and she thrusts the box at me through the half-open door, while looking over her shoulder. I handed her the cash and she shuts the door. No more than three words were spoken between the two of us. I got the sense that she was selling her husband’s toy collection without his knowledge, so if you’re reading this article and recognize the toys as your own, let me know and I’ll make you a great deal. 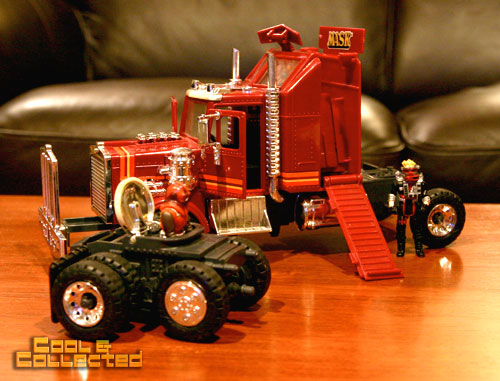 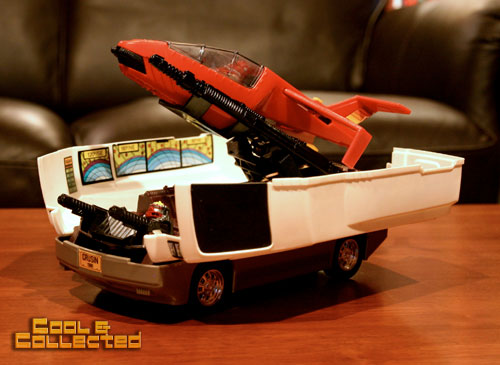 I could probably get $25 for the Slingshot, another fantastic vehicle, so $10 for the M.A.S.K. items was a great deal. 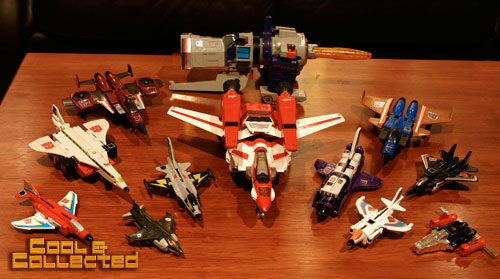 There were a total of 28 Transformers in the lot, making the price less than $4 each.

Don’t you love it when kids take care of their toys? These Transformers are in excellent shape and the joints are still nice and tight. 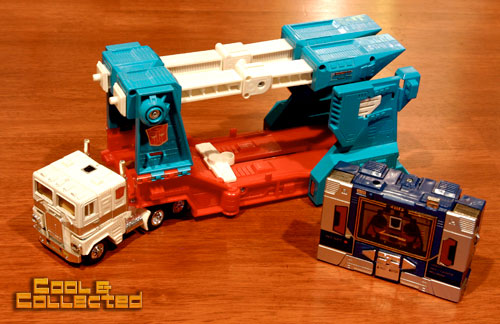 I remember playing with my friend’s Soundwave figure when I was a kid and thinking it was the coolest thing ever. I still think it’s pretty sweet.

This Swoop figure could fetch $50 or more. It’s accessories and instructions were in the box.

I’m not even going to attempt to put this Devastator together. I’m pretty sure all the extra pieces are there too, so this batch alone could more than pay for the whole lot.

I have always wanted an original Optimus Prime, and this is the one item that I will be keeping for my own collection. 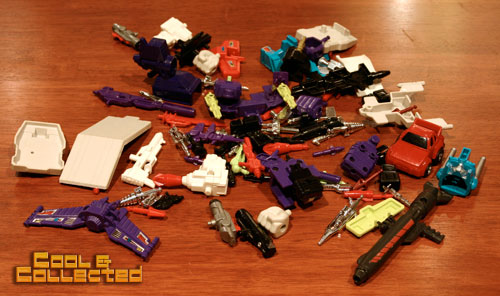 One of the “joys” of buying toys in bulk is the large pile of parts that is always at the bottom of the box. Now, I just need to figure out who gets what. 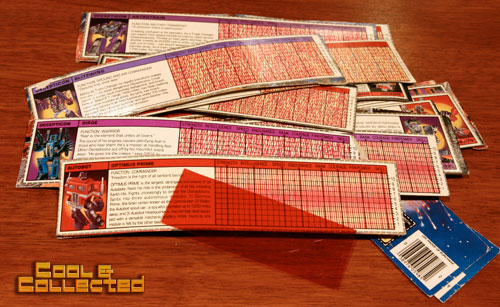 There was a large stack of file cards included with a red decoder plastic. 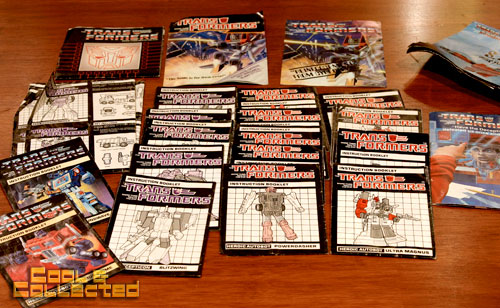 Another nice surprise was that all the Transformers in the box came with their instruction manual. A quick check on eBay

shows that these manuals typically sell for $3-4 — there were 17 in the box, so that initial investment is looking even better. Of course, I’ll be selling the figures with the accessories and instruction manuals together.

I’m going to a big toy show this weekend and need to drum up some cash, so if you see anything you’d like to add to your collection, drop me an email and let’s make a deal!