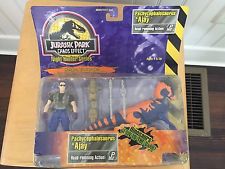 Okay, this auction has been deleted but it is still listed in the auction results. This Jurassic Park two-pack sold for an astounding $12,100.00 after 71 bids! Who can fill me in on the story behind this toy? I tried to find some more info to explain this out-of-this-world price, but came up empty.

Here’s another figure to keep an eye out for — sold for $10,000.00 with Buy It Now. There are a few other samples of this figure up for sale on eBay, which makes you wonder just how rare these really are to find. From the auction listing: “Considered to be one of, if not the, rarest wrestling figure of all time, Hasbro’s Greg Valentine decked in “Rhythm and Blues” gear was first seen in a Toys’R’Us ad for the WWF Hasbro line in the March 1991 edition of WWF Magazine. The figure was never released, apparently because the Rhythm and Blues tag team of Honky Tonk Man and Greg “The Hammer” Valentine broke up just months before the ad went out. The Honky Tonk Man figure was eventually released, but Greg Valentine no longer had the same gimmick, so this particular version of his figure was scrapped. While various other unreleased wrestling figure prototypes spanning from LJN to the current Mattel line have eventually found their way into collectors’ collections, this figure never even made its existence known to the public outside of that 1991 ad, until recently when a single Greg Valentine “Rhythm and Blues” Hasbro prototype was put up for sale. Current WWE superstar, and wrestling memorabilia collector himself, Zack Ryder bid $12,000 for the figure, though the figure currently remains unsold with a $55,000 asking price.” 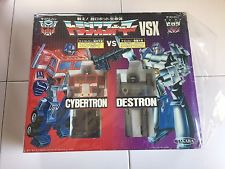 Despite the fact that one side of this box was dented, this Transformers gift set netted an impressive $8,000.00. 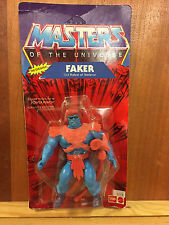 Vintage He-Man & the Masters of the Universe Indian Leo Faker

This MOC Indian Leo Faker figure was a UK auction that sold for $7,507.56 — yes, every penny counts — remember that next time you place your high bid for an Indian Leo Faker! 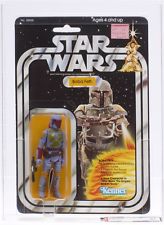 Surprisingly, this is the first AFA graded action figure on the list. Boba Fett is always a strong seller, and this AFA 85 example sold for $6,900.00 after a spirited 20 bids. 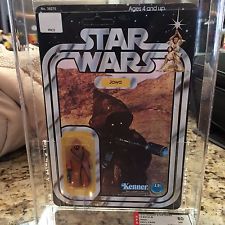 This elusive vinyl cape Jawa had an AFA 80 grade and sold for $6,500.00. Star Wars collectors are always on the lookout for one of these little guys, and finding one the card is truly a rarity. 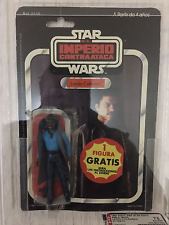 Once Star Wars collectors complete their U.S. collections, they seek out gems like this Spanish Lando Calrissian figure. Graded AFA 75, this figure brought in $5,300.00. 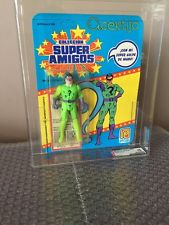 The Super Amigos Riddler figure is one of the rarest of all the Super Powers figures, and this AFA 85 example sold for a whopping $4,999.99. 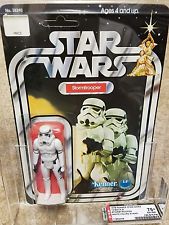 This is an interesting figure in that it is a salesman’s sample. “The 12 A back figures with the white footer or figure stand underneath the figure’s feet inside the plastic bubble indicates this is an early Kenner salesman sample used to promote the line to toy stores.” This one sold for $4,850.00 after 26 bids. 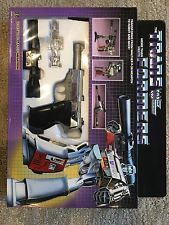 The first generation Megatron figure is a holy grail for any Transformers collector, and this boxed example sold for an impressive $4,171.23.

All of these items recently sold on eBay. Items purchased with “Best Offers” were not included in this list.